The age of DF has begun, will you join? 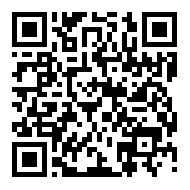 In recent years, there is an increasing demand worldwide for pesticide formulations which are cleaner and safer for the users, have minimum negative impact on the environment, and can be applied at a lower dose. This consciousness has led to the fast development of water-based liquid formulations such as suspension concentrates (SC), oil-in-water emulsions (EW) and microcapsules (CS). Regarding solid formulations, there has also been a move towards water dispersible granule (WDG) or dry flowable (DF) from dusty powder (WP). To have a better knowledge of this new formulation technology, an interview was conducted with— Mr. Wang Kele, chief engineer of solid pesticide formulations in Jiangsu SINVOCHEM S&T Co., Ltd., who is also regarded as “a pioneer of developing Dry flowable in China”.

Q: What is Dry Flowable (DF)? This is an interesting question which confuses many people. Can you explain for us and describe its advantages if any?

Conventional WDGs are solid, column shaped granules produced by dry milling followed by extrusion granulation. Dry flowables (DF) are smaller spherical granules (look like wettable powders) prepared by wet milling (like the process of SC) followed by spray drying or fludized bed granulation. The confusion arised because in a lot of countries, both conventional WDG and DF were classified into the same category of WDG, while in certain countries like China and the US, DF was specifically picked out as an independent formulation type.

Conventional WG is usually made by dry-milling (Jet-mill) and then an extrusion process. DF is prepared by wet-milling (like the process of SC) and usually followed by spray drying or fluid-bed granulation. Figure 1 may be helpful for your intuitive identification of regular WG and DF. 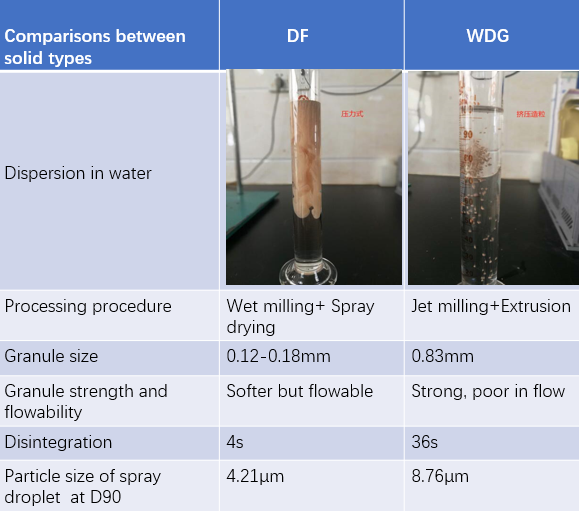 Also, we conclude benefits of DF as:

2. Freely flowable, easy to pack and safer for formulators.

6. Lower energy consumption for formulators with their own AI production. (Wet AIs can be directly used for wet milling without drying).

Q: We’re very interested in knowing what has happened in China pesticide industry for solid formulations what did SINVOCHEM do and where will it go?

Although China is regarded as a top listed pesticide producer in the world, DF was new to domestic pesticide formulators about 10 years ago. Sinvochem started its research on DF in 2012. At the very beginning, we simply aimed to find out one solid formulation type that can solve the problems of dust pollution and intermittent productionwith existing solid formulation types using jet milling & extrusion. With the deepening of the research, we gradually found more potential advantages of DF, which reinforced our confidence in developing and commercializing this formulation in China.

In 2015, by cooperating with a local equipment supplier of spray drying, SINVOCHEM successfully helped to industrialize DF production for its client, the first local formulator of DF in China. Within the next 5 years, DF experienced very fast development in China, further attracting local formulators’ interest, not only in increasing capacity but also in optimizing product performance with reduced production cost. To consolidate SINVOCHEM’s leading position in DF, each year we made more investment in R&D including personnel training, surfactant innovation and recipe upgradingas well as market promotion. It turns out that all these efforts count. Take 80% Dimethomorph DF as an example, the formula cost used to be RMB10000 per ton in 2016 and in 2021 it was reduced to RMB3000 per ton through our continuous efforts. Our client was quite satisfied with such a saving , not to mention other benefits like higher working efficiency and lower energy consumption. It is also worth mentioning that our client in Hebei Province gave very high praise on SINVOCHEM ’s solution to 55%Pyraclostrobin+Metiram DF, rendering parallel performance and field efficacy against well-known brand Cabrio®Top. In 2015, there were only 3-5 sets of DF facilities in China and today, thank to persistent efforts and market promotion made by Sinvochem’s DF team, this figure increased to 60 sets,. Local giants like Shaanxi Meibang, Shandong Cynda Group and Shaanxi Sunger Road Bio-science Co. work closely with us. Meanwhile, many other formulators expressed their aspiration to transform traditional solid form pesticides (WP/WDG) into DF. All in all, a booming grow in market share proves that SINVOCHEM’s strategic focus on DF is a clever move. It is predictable thatin future, multipleprocessing technologies may co-exist. However, considering so many advantages like environmental friendliness, lower dose, higher efficacy and increasing use of aerial application, DF is certainly a preferred choice for long-term ROI and will stand out as a mainstream of solid pesticide formulations.

Q: Is there any difficulty SINVOCHEM encountered during DF promotionand how did your team cope with it?

Yes, let me share with you two cases. DF products using AIs of low-melting-point are always challengingsince temperatures at air-inlet /air-outlet during spray drying are quite high. Surfactants like lignosulphonate, naphthalene sulphonates or polycarboxylate by nature are able to endure the heat during DF production. However formula complexity caused by interaction between actives, surfactants and fillers may weaken heat tolerance of the whole formula, leading to AI melting, non-dispersible granules and poor stability of finished products. SINVOCHEM developed a special polycarboxylate dispersant called SP-DF2238 whose structure was designed taking full consideration of processing flows of DF formulations. Together with abundant formula experience of our chemists, this dispersant was successfully applied in many challenging DF products (eg.80% Nitenpyram+Pymetrozine DF) with unparalleled performance.

We all noticed DF is comprehensively superior to other formulation types. However we found quite some DF formulations produced via the widely-used spray drying granulation have a poor wettability which results in a prolonged wetting time and granule accumulation in water. This problem was due to defect of spray dryers. In fact, 70%-80% of problems of such nature can be tackled by adjusting formula, but are often accompanied with a higher cost. Through numerous experiments, we found changing granule morphology can effectively solve the problem of poor wettability fundamentally. Accordingly, we developed “continuous-fluidized-bed DF formulation processing technology” and had it industrialized. By this new technology, hollow  DF granules were altered to ones with a solid but relative loose structure, a structure that supports very fast wetting and reduces risk of granule agglomeration upon dilution with no compromise in other performance. 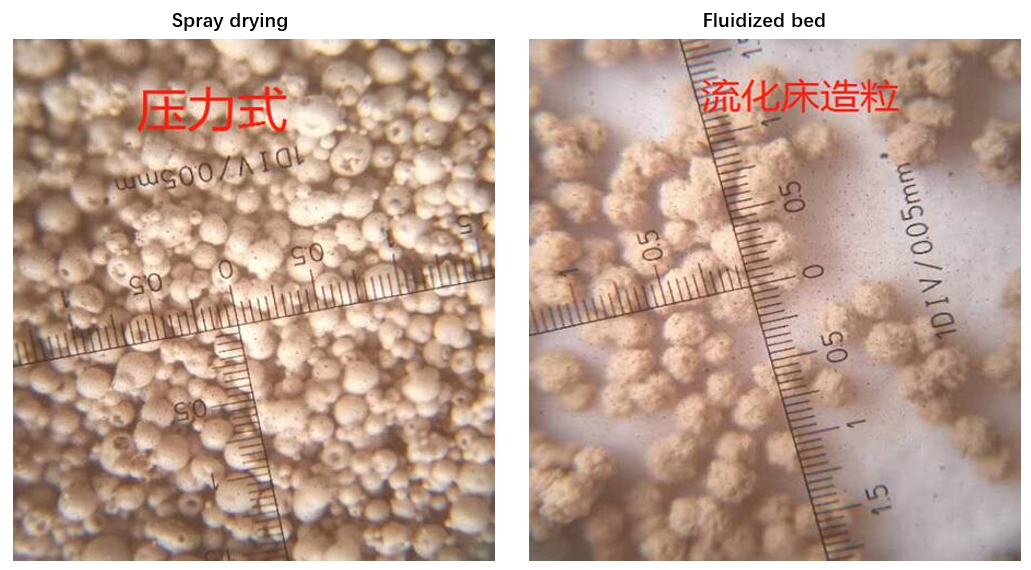 Q: Finally, please introduce the support I may receive from SINVOCHEM, if I was a formulator with an intention to formulate DF in the future.

SINVOCHEM is a leading technology-driven enterprise with persistent innovation in agrochemical section. Besides supply of specifically developed surfactants, our accumulated years of expertise in DF merits trust from our clients. Ever since SINVOCHEM was established, Client orietation was our working principle. Assistance to our clients covers every aspect like selecting the most suitable production line, providing lab/pilot-scale samples, upgrading formula, optimizing processing procedure as well as technical training of plant operators. On the other hand, once any production issue arises, SINVOCHEM has the ability to response fast by conducting lab/pilot scale evaluation in 24 hours or less or if needed, conducting further onsite trouble-shooting against processing parameters. Now, SINVOCHEM serves 70% DF formulators in domestic market and we’re very proud of our success in promoting this formulation technology with our knowhow and providing tailored support for more clients. SINVOCHEM is fully confident in doing more and better in pesticide formulation development, in the aim of wider and deeper cooperation with domestic and overseas clients.

We warmly welcome your interest in cooperation with SINVOCHEM