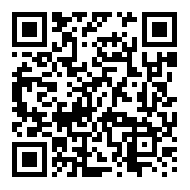 Favorites Print
ForwardShare
May. 19, 2011
China has recently launched a campaign to eliminate the manufacture and sale of counterfeit seeds, pesticides and fertilizers, with 336 cases uncovered in the past six months.

The counterfeited agricultural materials uncovered in these cases were worth 153 million yuan (23.5 million U.S. dollars), according to a statement from the Ministry of Public Security on Thursday.

The statement said that a total of 7,200 metric tons of counterfeit seeds were confiscated.

The ministry has pledged to make its best efforts to safeguard farmers' interests and maintain agricultural production.

"We will deal a devastating blow to the manufacturing and selling of counterfeit agricultural materials," the statement said.

The fake seeds were illegally produced in Beijing-based factories and sold in several of China's provinces and regions, including Heilongjiang, Liaoning, Jilin, Hebei, Inner Mongolia, Shandong and Gansu.

Materials confiscated from the counterfeiters were worth over 6 million yuan. The sale of counterfeit products dealt a severe blow to farmers, with economic losses totalling over 200,000 yuan in four towns in Shandong Province.

The crackdown on counterfeit agricultural products is part of a national campaign to reduce violations of intellectual property rights (IPR) and the production and distribution of counterfeit and low-quality products.