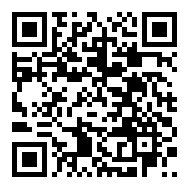 British farmers are a step closer to using a technology that could slash the need for agricultural insecticides, after a world-first field trial achieved a 91 per cent reduction in an invasive target pest first spotted in the UK in 2012.

Agritech start-up BigSis conducted the trial – using an updated version of the sterile insect technique (SIT) – in partnership with Berry Gardens, the UK’s largest supplier of berries and cherries, and the world-renowned research institute NIAB EMR.

“SIT has long been recognised as the perfect solution for insect pest control,” says BigSis founder Glen Slade, “but in the 60 years since it was conceived, it’s always been too expensive to deploy beyond a limited number of special-use cases.”

SIT’s basic premise is simple: sterilise and release male insects into the crop, where they mate with wild females to prevent the rapid increase in pest populations that leads to crop damage. Speciesspecific, non-toxic and resistance-immune, the approach is technically capable of taking the place of chemical insecticides in many agricultural crops.

“BigSis has turned to artificial intelligence and robotics to automate SIT, raising insects individually,” explains Mr Slade, “It’s a breakthrough that slashes the cost of SIT solutions by as much as 90 per cent.

Conducted in Kent, the field trial focused on control of spotted-wing drosophila (SWD), a global invasive pest of soft fruit that can cause thousands of pounds’ worth of damage. Farmers spend up to £11,000 per hectare using currently approved chemical treatments and labour-intensive hygiene measures in a bid to control the pest.

BigSis released sterile male SWD in and around a crop of everbearing strawberries between April and the end of harvest. Using sticky traps with lures, numbers of wild female SWD were monitored at the treated site and two control sites. During the trial, numbers of female SWD in the treated plot barely rose above one per trap per week, compared to a peak of nearly ten insects per trap per week in the untreated controls.

“We’re thrilled that this world-first trial of SIT to control SWD has given such a convincing demonstration of season-long control, with a suppression result of up to 91%,” says Mr Slade.  “SIT ensures that pest numbers never reach a critical level, confirming the premise that prevention is better than cure.

“It also gives us and our two partners a solid foundation to move into 2022 with our larger field trial programme, which is being supported by a £500,000 grant from Innovate UK. This will bring
cherries and raspberries into the mix.”

Richard Harnden, Director of Research at Berry Gardens, enthused: “It’s been nearly a decade since SWD arrived in the UK, and the BigSis solution might finally provide the breakthrough in chemicalfree control that the industry has been seeking.

“We look forward to success in next season’s field trials, with a view to widespread adoption of the solution by our growers.”

Head of Pest and Pathogen Ecology at NIAB EMR, Dr Michelle Fountain, commented: “These data provided new insights into SWD dispersal and behaviour in commercial crops. We are very encouraged by this control technology for SWD, with its added benefit of preserving current biological controls for other soft fruit pests by reducing plant protection inputs.

“I envisage further learning and positive results from the grant-funded studies and trials planned for the next 16 months.”

Recent completion of a £1.5m seed-plus funding round will allow BigSis to construct a pilot production line for sterile male SWD at its new Reading facility, holding open the possibility of commercial sales next year. The BigSis SWD solution is already approved for sale in England.

“SWD is our first market-ready solution before we move on to commercialising of our next SIT solution, for codling moth, with others to follow.” Founded in 2017, BigSis aims to provide the world’s farmers and growers with a viable, affordable and environmentally benign alternative to chemical insecticides.

Founder Glen Slade previously spent five years commercialising a GM SIT solution, before founding BigSis to develop individualised insect rearing. He then realised the opportunity to offer SIT by using computer vision to sex-sort and X-rays to sterilise the insects.

The BigSis system is protected by three patent filings, trade secret know-how and an ever-growing proprietary dataset. The company expects commercial sales of its SIT solution for SWD to begin within 12-18 months.

Berry Gardens is a co-operative of British berry growers: the UK’s largest supplier of the nation’s berries and cherries. Founded over 49 years ago to supply British fruit during peak summer months, the company has grown into a dynamic year-round business supplying most retailers, food service companies and wholesalers with award-winning fruit.

NIAB EMR is a major organisation in the UK for research on horticultural crops and plants and their interactions with the environment. Its research on perennial fruit crops is known internationally.

Its mission is to conduct high-quality strategic and applied research in horticultural and environmental sciences, and to deliver knowledge, products and services that benefit public and private customers. Its vision is to be recognised as the pre-eminent research institute in the UK, with a significant international reputation for strategic and applied research, development and innovation in horticulture, with particular emphasis on perennial and clonally propagated crops.

NIAB EMR is part of the NIAB Group.