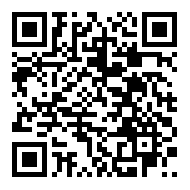 Dr. Ramesh Verma is a Senior Research Officer, in the Department of Toxicology, since January 2008. He has contributed commendably as a Senior Scientist in various acute toxicity and in vitro Alternative studies, for regulatory research and developing data on product safety for regulatory submission In addition to this he also adds-up as Radiological Safety Officer looking after the Radio-isotope Tracer Facility.

An ocular toxicity testing is required for the evaluation of risk associated with the harmful test items on our eyes. Moreover, location, physiology, and sensitivity of the corneal surface tend our cornea to expose to a variety of potentially hazardous chemicals often. Various chemicals have the potential to damage cornea, varying from irritation to tissue corrosion, resulting in irreversible blindness1.

Traditionally, animal tests (such as Draize test) were exclusively used to determine the level of ocular irritation potential of the test item, post-exposure to the eyes of the rabbit and evaluating the biological response as a result of it2,3. Significant regulatory attempts are being made to replace, refine, and reduce the in-vivo testing to assess the risk posed by chemicals of the end-products to the human eyes. Legislation have been introduced to reduce animal testing and promote alternative techniques. These techniques include organotypic assays on deceased animals’ tissues and in-vitro assays based on the two-dimensional and three-dimensional assays 4.

Out of numerous in-vitro methods, only a few have been accepted by the OECD, under various Test Guidelines. JRF conducts in-vitro Bovine Corneal Opacity and Permeability test (BCOP) and Three-dimensional corneal epithelial model (using the SkinEthic™ human corneal epithelium (HCE) model) tests for the determination of the eye irritation potential of a test item using and in-vivo assay too, under certain circumstances further to classify the test item in Category 2A or 2B. The test item can be classified by combining these methods, based on the current GHS classification system.

Three-dimensional Reconstructed human Cornea-like Epithelium (RhCE) uses primary human cells, which have been cultured for several days to form a stratified, highly differentiated squamous epithelium morphologically like that found in the human cornea. The SkinEthic™ HCE tissue construct consists of, at least, 4 viable cell layers, including columnar cells and wing cells, with the presence of intermediate filaments, mature hemi-desmosomes and desmosomes, and specific human corneal cytokeratins. The test chemical is applied topically to RhCE tissue constructs. Following the exposure and post-treatment incubation periods, tissue viability is assessed by the enzymatic conversion in viable cells of the vital dye MTT (3-(4,5-Dimethylthiazol-2-yl)-2,5-diphenyltetrazolium bromide; Thiazolyl blue tetrazolium bromide) into a blue MTT formazan salt which is extracted from the tissues and quantitatively measured. This model is intended to differentiate materials that are non-irritants from those that would require labeling either as GHS category 1 or category 2, but the assay is not able to distinguish between GHS category 1 and category 2. For these purposes, further testing with other in-vitro test methods is required5.

- used for the testing of substances and mixtures

- test chemicals that do not require a classification for eye hazard

- gases and aerosols cannot be tested 6.

The BCOP test method is an organotypic ex-vivo assay using isolated corneas from the eyes of freshly slaughtered cattle. Test chemicals are applied to the epithelial surface of the cornea. Damage by the test item is assessed by quantitative measurements of

i.Corneal opacity changes, measured as the amount of light transmission through the cornea; and

ii.Permeability, measured as the amount of sodium fluorescein dye that passes across the full thickness of the cornea, detected with the help of a visible light spectrophotometer.

Based on these results, the test item is classified in GHS Category 1, i.e., severe irritant, GHS category 2, i.e., irritant or 3, GHS No category, i.e., non-irritant.

This model cannot be used to classify the test item under GHS category 2A or 2B and further testing, using in-vivo study, will be required as no in-vitro test is capable of classifying test items in this category7.

- used for the testing of substances and mixtures

- addresses corneal effects, which are one of the major drivers of classification in-vitro

- gases and aerosols cannot be tested 6.