From ‘pearl’ of millet to ‘gold’ of desert: A popular hybrid emerges improved through genomics-assisted breeding 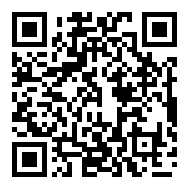 More than 15 years after it was first released for cultivation in north and west of India, ICRISAT is helping the popular pearl millet hybrid, GHB 538, make a comeback in an improved avatar. Christened Maru Sona or desert gold in the local language, the new version is equipped with the genes to fend off devastating downy mildew disease and was recently released for cultivation in India’s Gujarat state.

First released in 2004-05, GHB 538 was meant for cultivation during rainy, post-rainy and summer seasons in India’s A1 zone (dry regions of Rajasthan, Gujarat and Haryana states). It became popular quickly and was released in Gujarat for cultivation in 2006-07. However, like all single-cross hybrids that are overcome by Downy Mildew (DM) within five years of release, GHB 538 too began showing signs of susceptibility, warranting the need for improvement.

Dr Rakesh Srivastava at ICRISAT’s Center of Excellence in Genomics and Systems Biology (CEGSB) took up the effort to improve the lifespan of this popular hybrid. ICRISAT joined hands with Dr K D Mungra at the Millet Research Station in Gujarat’s Jamnagar under the Junagadh Agricultural University (JAU) and the ICAR-All India Coordinated Research Program on Pearl Millet to deliver Maru Sona, Gujarat’s first hybrid cultivar to be developed through genomics-assisted breeding. The research team at ICRISAT introgressed the male parent of GHB 538 with three downy mildew resistance QTLs from linkage groups (LGs) 1, 3 and 4 to create Maru Sona.

“We take pride in the partnership between JAU and ICRISAT, and look forward to having more of such collaborations in pearl millet and other ICRISAT-mandate crops,” said Dr Narendra K. Gontia, Vice-Chancellor, JAU- Junagadh.

“The genomic resources developed for dryland crops over the last decade or so are helping make significant genetic gains in less time than it used to take before these resources became available,” said Dr Rajeev Varshney, Research Program Director – Accelerated Crop Improvement, ICRISAT.

While commending the researchers for the improvements made over the original hybrid, Dr Arvind Kumar, ICRISAT’s Deputy Director General-Research, said, “With climate change threatening yields, we need to deploy all resources at hand to improve crops. We are heartened to see that happening through this long-standing collaboration between ICRISAT and JAU in genomics-assisted breeding.”