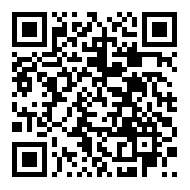 In the medium term, guaranteeing the delivery of fertilizers by both the government and Russian companies will offer security for maintaining good productivity during future Brazilian harvests. This is the analysis of Sergio De Zen, Director of Agricultural Policy and Information at the National Supply Company (Conab).

Compliance with fertilizer supply contracts for Brazil was ratified at a meeting held last week between the Minister of Agriculture, Livestock and Supply (Mapa), Tereza Cristina, and Russian government authorities, as well as representatives of Russian input companies.

“Brazil depends on imported inputs to maintain productivity. Therefore, the main objective was the pact with suppliers stipulating they must fulfill their contracts and the guarantee they will sign new agreements guaranteeing supply for the next harvests. A commitment to the main supplier of these fertilizers is important for us, to be sure we will have the inputs to maintain productivity, which is fundamental for food security in Brazil and in countries that depend on Brazilian food products,” De Zen stressed.

Russia provides some 20% of all fertilizers imported by Brazil. Recently, the Russian government announced restrictions on exports of nitrogenous products, through export quotas for a period of six months from 1st December, in order to avoid shortages in the domestic market. According to the director of Conab, even if there is a delay in the delivery of inputs, the impact on the harvest can be mitigated. “As long as it is planned, this should not influence production. It is worth noting that this impact could happen not in the second 2021/22 corn crop but in the 2022/23 crop, as the grain, despite being planted with fertilizers, is dependent on soybean residue. Therefore, the amount of fertilizers used in the second harvest is smaller than in the cultivation of the first oilseeds or corn harvest.”

According to the latest Logistics Bulletin released by Conab, between January and September this year, Brazil imported 29.1 million tons of inputs, including fertilizers, an increase of some 20% compared to the same period in 2020, when the purchase of 24.6 million tons was registered.