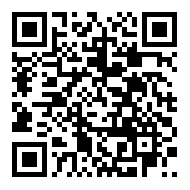 When ICI launched paraquat in 1962, it never expected to encounter ups and downs, such as the situation when the excellent non-selective broad-spectrum herbicide could fall from its stature as the world’s second-largest herbicide.

Today, with its affordable price, paraquat is again becoming popular, as the prices of glyphosate and glufosinate have increased and are likely to continue rising.

Paraquat is a bipyridine herbicide developed by ICI in the 1950s as a non-selective herbicide, which has a broad herbicidal spectrum effect, is fast-acting, and has good rain fastness and non-selective properties.

Paraquat can be used for pre-emergence and post-emergence prevention and control, for application on orchards and corn, sugar cane and soybean plantations. It can also be used as a desiccant or defoliant during harvest.

Paraquat kills the chloroplas layer of weeds through contact with green parts, inhibiting the formation of chlorophyll, therefore, affecting the photosynthesis of weeds and quickly terminating their growth. Paraquat has a strong destructive effect on the chlorenchyma of monocotyledon and dicotyledon, which can discolor weeds within two to three hours after application.

Paraquat is banned in more than 30 countries or regions, including the European Union, China, Thailand, Switzerland and Brazil, due to its toxicity to humans and its potential harm to human health in cases of irregular application.

Paraquat is banned in the European Union, Brazil and China, which are major agricultural production regions, resulting in significant decreases over the past few years. However,  due to the continued price rise of glyphosate and glufosinate this year, which is likely to continue, paraquat, which previously appeared to be in a hopeless situation, may get a new lease of life.

With the bans in China, Brazil and Thailand, which are major application countries, theoretically, more than 30,000 tons of market capacity is vacant. However, due to the rapid price rise of glyphosate and glufosinate this year and the opening up of aerial application in the United States, the demand increase in the United States and North America reached 20%. Therefore, demand for paraquat increased and its price rose to a certain extent. So far, the price of paraquat may still be competitive, even hitting at Yuan40,000 per ton.

In addition, readers of AgroPages in Southeast Asian countries, such as Vietnam, Malaysia and Brazil, commented weeds grow rapidly in the rainy season, so the demand for rain-resistant paraquat still exists, especially when prices of other herbicides are rising too high. Farmers in these countries stated it has become highly probable that paraquat may be supplied via the gray market, such as border trade.

Moreover, paraquat’s raw material, pyridine, is a downstream product of the coal-based chemical industry. Its price is relatively stable, staying at Yuan28,000 per ton, which is high compared to the previous price of Yuan21,000 per ton, but at that time, the price of Yuan 21,000 per ton dropped beyond the cost line of Yuan24,000 per ton. As a result, although the price of pyridine has risen, it is still at a reasonable price range, which is continuing to boost global demand for paraquat, benefitting Chinese paraquat manufacturers.

This year, China’s paraquat capacity has been limited, considering it is a main producer of paraquat. It is understood that Chinese manufacturers, such as Red Sun, Jiangsu Noon Crop Science, Shandong Luba, Hebei Baofeng, Hebei Lingang and Syngenta Nantong, are currently producing paraquat. Previously, during paraquat’s peak popularity, manufacturers included Shandong Dacheng, Sanoda, Lufeng, Yonon, Qiaochang and Xianlong, which are now no longer producing it.

Red Sun has three plants that produce paraquat, of which Nanjing Red Sun, located in the Nanjing Chemical Industrial Park, has a capacity of 8,000-10,000 tons, which contributed a monthly output of 2,500-3,000 tons to the world’s total volume of 260,000 tons (calculated at 42% of products). However, this capacity was suspended this year. Red Sun’s Anhui Guoxing plant has a capacity of 20,000 tons, and Shandong Kexin plant has 2,000 tons. In general, Red Sun’s capacity is running at 70% capacity.

Syngenta has a 9,000-ton capacity at its Huddersfield plant in the United Kingdom and 1,000 tons in Brazil, which are said to be much lower this year, affected by COVID-19, with production being cut by 50%.

Paraquat is continuing to be an irreplaceable product variety in many countries around the world. Additionally, the prices of its competition, glyphosate and glufosinate, are currently staying higher because of short supplies, creating good opportunities for paraquat.

As the Beijing Olympic Winter Games are scheduled to take place in February next year, from January 2022, several large factories in northern China face the risk of suspending their production for 45 days, which is highly possible but is not yet certain. If productions are suspended at that time, supplies of glyphosate and glufosinate will become tight, which will then boost the production and sale of paraquat.