Origin and test method of Humic Acid previous and present 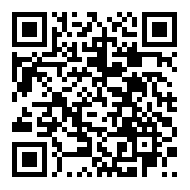 With the continued booming of the biostimulant market, humic acid, as an important part of biostimulant industry, has attracted more and more attention. The test report of humic acid is an important criterion for quality evaluation (Note: product content does not represent product quality). However, there are different test standards and methods which make people puzzled about the real content of humic acid products. As test technology develops, methods are being gradually unified, but there are still some countries where different test methods are applied, which lead to existence of non-uniform registration processes causing difficulties to manufacturers. Over the past 20 years, TBIO Crop Science has witnessed the changes in the humic acid test methods in various countries, and has participated in research and preparation of some of the test methods. Here is an elaboration of the test methods for humic acid, which may answer some of your queries. 1.History of Research of Humic Acid

When Franz Karl Achard, a German chemist and biologist, extracted humic acid from peat swamp in Germany in 1786, there has been a never-ending debate on the origin and testing of humic acid. Let us try to get back to the history and then explore the latest progress of the development of testing methods. In 1786, first-time report of humic acid extraction, as per Achard’s manuscripts

In 1870, two discoveries led to a discussion again on the origin of humic acid. Firstly, organic compounds of the simple structure, such as carbon tetrachloride, can produce dark substances that look like natural humic acid, whilst saccharides and the chemicals will obviously become humic acid. Then, people began to doubt the polysaccharides source theory. Secondly, the chemical formula and composition of humic acid show that it contains complex components, which include nitrogen, ether, hydroxyl, alkyl and furan in addition to carbon, hydrogen and oxygen. Since then, the polysaccharide source theory began to be taken out of favor. At the same time, the new-emerging microorganism was brought into the study of humic acid. People began to believe that humic acid comes from decomposition of lignin based on the actions of microorganism, although this was debated by some other studies at that time. Until Waksman, a microbiologist, wrote a best-selling book called Humus in 1938, supporting that humic acid was formed based on lignin microorganism, the lignin source theory became a mainstream theory. Later, there was a new debate on the lignin source, whether humic acid is aromatic or aliphatic. At the beginning, only aromatic compound was discovered in humic acid. Until 1957, Shapiro tried again to define humic acid with chemical formula (today this does not seem to be practical). Shapiro creatively introduced chromatography, organic solvent extraction and liquid phase IR to analyze humic acid. His research showed that humic acid, at least the solvent part of ethyl acetate, was aliphatic. However, in 1966, Kononova published a popular book on humic acid, which, like Waksman’s book before, strongly supported the theory of the lignin origin. With the emergence of new research technologies such as KBR, spectrophotometry and solid NMR, more and more experiments show that humic acid is an aliphatic compound. Meanwhile, with Anderson and Russell’s  synthesizing of aliphatic humic acid, Nissenbaum and Kaplan discovered humic acid from the ocean. Hence, the aliphatic structure theory began to be accepted. At first, people were concerned about the organic matter in the soil. What was done was simply to directly take out ash and moisture from soil weight, thus arriving at the organic content. In the 1940s, spectrophotometry became popular. The common way was to expose humic acid samples to light, the amount of light absorbed was compared to the quantitative amount of the standardized samples of the German mine Sigma Aldrich. However, the standard in the past is different from the present. Also, the intramolecular charge transfer interaction varies in different samples, the analysis results would be very different. So, it is gradually being abandoned.

In 1860s, the size exclusion chromatography was introduced, where HPSEC was used to separate different molecular masses in the column. However, because the sources of humic acid samples were different and humic acid salt polymers were not fit for separation in dynamic equilibrium, the chromatographic height was not consistent and not accurate. CODcr and ISO are currently the two common methods worldwide.

CODcr makes a comparison between oxygen and carbon consumed in the course of testing, which ends up in the total content of humic acid. Meanwhile, pH=1 is used to obtain fulvic avid via sedimentation. It should be noted that the sampling uptake and step of testing may result in a difference. Moreover, the carbon ratio varies in different countries, which may result in certain differences. In 2014, Richard T. Lamar published a new test method for humic acid. With the promotion of IHSS and HPTA, this method is accepted by CDFA and became an ISO standard.

However, it is worth of note that the conventionally-defined polysaccharides, amino sugars and amino acids in the hydrophilic fulvic acid are not detectable. Also，the lignosulfonic acids will destroy DAX-8. So, it is necessary to make a distinguishment between lignin and fulvic acid via Infrared Fourier Transform Spectrometry.

With the technical advancement and the promotions by industry organizations, CODcr and ISO methods have gradually become a mainstream, which are used by more and more countries. However, ISO method is not popular in Chinese labs, due to its time-consuming and high-cost testing.

Looking back into history, it is noted that the in-depth research into humic acid and the improved testing technology have enabled a more accurate understanding of humic acid,  this is attributable to the hard work of numerous researchers and enterprises. We can still remember a day long years ago, when we visited Saudi Ministry of Agriculture with our Saudi customers, there we gave a briefing of the advantages of CODcr. That was a very sunny afternoon. If you are interested in TBIO’s products and more knowledge on humic acid test method , please contact: