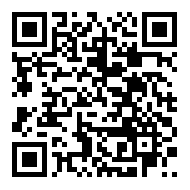 An Extraordinary Gazette notification has been issued by the Registrar of Pesticides revoking the Gazette issued in 2014 prohibiting the use and sale of several pesticides including Glyphosate.

Issued by the Registrar of Pesticides Dr. J. A. Sumith and dated November 01, it revokes the previous Gazette “in the interest of the public and on the advice of the Pesticide Technical and Advisory Committee.”

The Gazette issued in 2014 had prohibited the use, offer for sale or sale of agrochemicals containing the active ingredients Glyphosate, Propanil, Carbaryl, Cholopyrifos and Carbofuran in the following areas: Within the Districts of Anuradhapura, Polonnaruwa, Kurunegala, Monaragala and within the Divisional Secretariat, Divisions of Mahiyanganaya, Rideemaliyadda, Kandaketiya in the Badulla District.