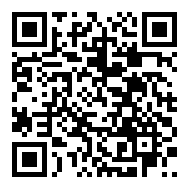 CropLife India, an industry body of crop science companies, has urged the government to retain a uniform basic customs duty of 10 per cent for both technical raw materials and formulations, while seeking a reduction in GST on agro-chemicals from the current 18 per cent to 12 per cent, a move that would directly benefit the farmers.

In a memorandum, CropLife has also urged the government to provide a 200 per cent weighted deduction on research and development expenses by pesticide companies.

Asitava Sen, CEO, CropLife India, said the Budget 2022-23 should look at reforms for augmenting the farmers’ income and overall growth of the sector.

“Formulation import of new for-India single molecules or their different combinations helps the farmers in combating resistance, climate change, new invasive pest and in improving the competitiveness of Indian agriculture produce internationally. Once these new solutions get adopted by the farmers, the local manufacturing commences and supports ‘Make In India’. Formulation imports are then converted into the manufacture of formulations and then to manufacturing of the technicals in India. Therefore, the topic of imports needs to be looked at holistically and factually, and not with a narrow perspective, so that the stakeholders in the service of Indian agriculture are not misguided with motivated claims and narrow perceptions,” Sen said in a release.

CropLife’s suggestions for uniform BCD of 10 per cent follows demands from some sections of the industry that have sought enhancement of BCD on pesticide formulation from 10 per cent to 30 per cent.

The government, considering the industry potential, has recently recognised agro-chemicals as a Champion Sector, where India can become a major global manufacturing hub.

However, if we have to become a global hub for supplies, the Indian regulatory processes must comply with the global regulatory system, Sen said. “We cannot have a dual policy of stifling formulation imports in India, yet promote formulations export. We urge the Indian government to implement a science-based, progressive and predictive regulatory regime, for the sector to achieve its true potential,” he said.