CCFI : Pre-Budget Proposals for the year 2022-23 under the theme “Aatmanirbhar Bharat” 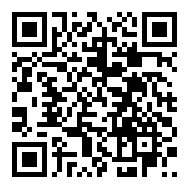 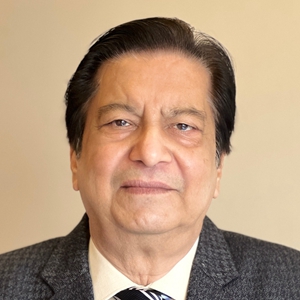 It’s a known fact that imports from China, Japan, Europe & USA in India are killing the Indian agrochemical industry. We have been following up for past three years but somehow import lobbies are managing to see the duty is not increased.

More than two years ago, there was a proposal almost finalised by the government to increase custom duty on selected molecules but somehow imports continued to increase due to delay in implementation.

The Chinese government has levied differentiated anti-dumping duties, where a decision takes not more than 3-4 months, a step taken by them to safeguard their manufacturers.

Please find below the extent of Antidumping duty imposed by the Chinese Government in Feb 2018 on MPBD (Meta Phenoxy Benzalbehyde) and valid for 5 years till 2023 on the following Indian companies:

This conclusively proves that differentiated duties are applicable and should be considered on imports into India on intermediates, Technical and Formulations.

The situation of agrochemical imports is a concern both to the industry and the Government. The very concept of building a competitive economic system for the domestic industry has been hampered by a surge in non-essential imports of ready-made pesticide formulations mainly by MNCs and traders who clandestinely import not for their captive consumption but resale, with is not officially permissible.

Interestingly on analysis, we find that out of total imports, 53% was the share of ready-made formulations imported (in value) which would go further unless stringent measures are not taken expeditiously.

INDIAN MANUFACTURERS PRODUCE AT A MUCH LOWER COST

Whenever Indian manufacturers have produced molecules that previously were exclusively imported by MNCs, the reduction in price has been between 50-80%. For example, Sulfo Sulfuron, Imidacloprid, Thiomethaxam, Clodinofop, etc. or at 20-50% of the MNCs cost.

Presently the custom duty on Technical and Formulations is 10% which is a disincentive for any indigenous manufacturer who has huge investments and deployment of labour.

As has been observed, the quality manufactured by indigenous manufactures matches global standards and is being exported to 130 countries with acceptable specifications.

On one side formulations are imported in sizeable quantities/value at the cost of foreign exchange outgo and on the other hand, importers make huge profits ( up to 200% ) from these imported formulations. Sadly the profits are repatriated to the originating foreign country.

It would be worthwhile to mention that the Indian agrochemical industry has the technical capability and unutilised capacity of ~ 35% in liquids, granules and wettable powders to meet both domestic demand and exports. These exports are made majorly ( 90%+) by only Indian agrochemical manufacturers, who are CCFI members, with exports reaching ₹30000 Cr in a total market of ₹55000 Cr.

In India of the 280 molecule registered only 85 are majorly consumed out of which almost 45 Technical’s are manufactured in our Country.

Once on attaining certain volumes, there would be no cost impact to the farmer.

The attached format as sought by you indicates that last year ready made formulations mainly by MNCs and traders reached a staggering figure of ₹6925 cr ( almost 53% of total imports ) which in creasing by 35-40% every year!

The industry is of the view that non-essential Imports should be stopped and simultaneously the customs duty on Imports of Technical Grade should be enhanced from present 10% to 20%. Likewise, custom duty on ready-made formulations is enhanced from the present 10% to 30% to safeguard the Indian Industry. Formulation import entails no value addition, or investment or employment, a trend adopted by MNCs and commodity traders who do not have their own manufacturing plants in India.

Present custom duty 10% on both Technical & formulations only encourages imports and gives no incentive for domestic manufacturers as it becomes an uneven playing field! China offers 13-16% cash rebate for exports to India detrimental to Indian manufacturers.

We are confident that India can become a manufacturing hub and achieve export of ₹60,000 crores in the next three years in this Champion sector with an estimated investment of ₹10,000 Cr.

With the increase in custom duty, there would be an increase in government revenue and saving of valuable foreign exchange by curtailment of non-essential imports.

CCFI members are committed to take forward the GOI policy of MAKE IN INDIA towards Atmanirbhar Bharat. The import lobby’s illogical claims must be overlooked as Indian companies have established world class Research & Development centers to develop safe and effective new molecules fir which faster Registrations would be necessary.