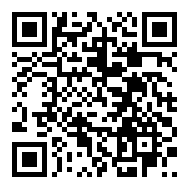 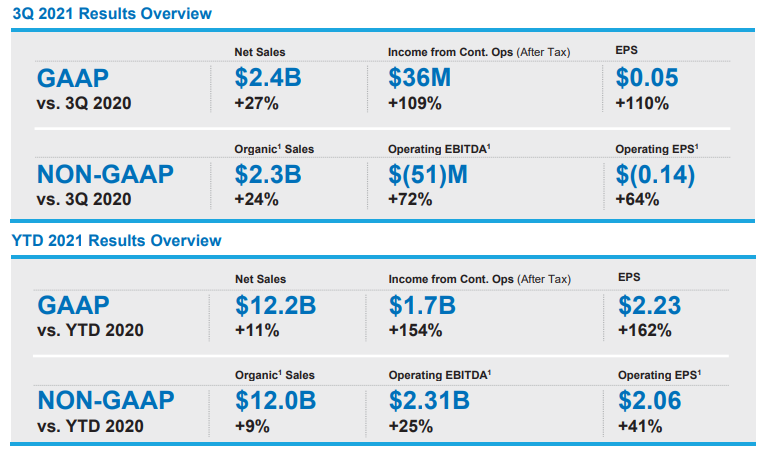 • Net Sales for the third quarter 2021 increased 27% versus prior year, led by Latin America and North America2. Organic1 sales rose 24% in the same period, with volume and price gains on continued penetration of new technology and strong execution globally.

• GAAP income and earnings per share (EPS) from continuing operations were $36 million and $0.05 per share for the third quarter 2021, respectively.

• Volume gains and strong price execution in both segments drove Operating EBITDA1 improvement of 72%, as compared to the same period last year.

• The Company’s continued productivity progress in the third quarter partially offset the impact of ongoing raw material cost inflation and other market-driven headwinds.

• Anticipate strong product performance for Enlist E3™4 soybeans in the U.S. markets for the 2021 season based on initial reports, with higher expected demand going into 2022

• Continued to drive progress on new Crop Protection launches5, with first registration of Adavelt™ fungicide achieved ahead of expectations

• Strengthened position in high-value sectors, such as nutrient management and biologicals – expect 17 biological technologies to launch5 in 2021 and 2022, spanning every region

• Company now expects to deliver at least $1.3 billion to shareholders for the full year, including at least $900 million in share repurchases6

For the nine months ending September 30, 2021, net sales increased 11% versus the same period last year. Organic1 sales rose 9%. Sales increased in all regions on a reported and organic1 basis, with double-digit organic1 gains in Latin America.

Volume grew 6% versus the prior-year period, with gains in both segments led by ongoing penetration of new technology. Sales of new and differentiated Crop Protection products drove double-digit net sales gains for the segment, with an organic1 sales increase of 13%.

Price increased 3% versus prior year, with gains in both segments and all regions. Higher prices reflect ongoing execution on a price-for-value strategy globally and pricing for higher raw material and logistical costs.

GAAP income from continuing operations after income taxes was $1.7 billion year-to-date in 2021. Operating EBITDA1 for the period was $2.31 billion, up 25% compared to prior year. 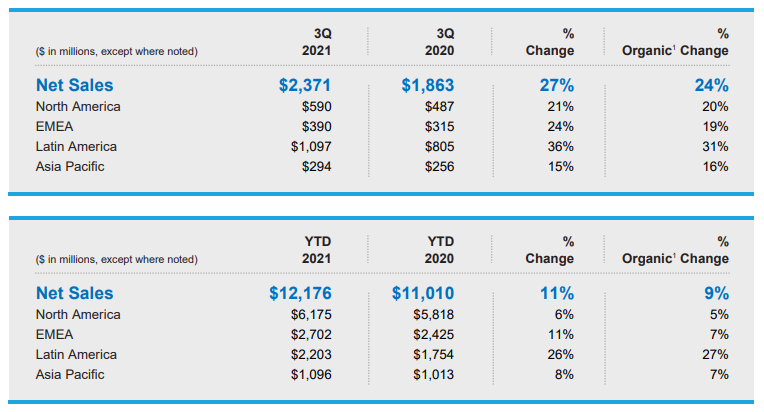 Volume growth was driven by continued penetration of new products, including Isoclast™ insecticide and Arylex™ herbicide, coupled with strong customer demand and an accelerated start to the season in Latin America, which shifted an estimated $100 million in sales from the fourth quarter. Gains were partially offset by an approximate $70 million impact from the decision to phase out select lowmargin products.

The increase in price was driven by gains in Latin America. Favorable currency impacts were primarily from the Brazilian Real.

Volume growth was led by continued penetration of new products, including Arylex™ herbicide and Isoclast™ insecticide. These volume gains were partially offset by an approximate $200 million impact from our decision to phase out select low-margin products.

The increase in price was largely driven by gains in Latin America and North America, including pricing for higher raw material and logistical costs. Favorable currency impacts were primarily from the Euro. The portfolio impact was driven by prior-year divestitures in Asia Pacific.

Segment Operating EBITDA was $897 million for the first nine months of 2021, up 32% from the first nine months of 2020. Continued penetration of new products, favorable mix, ongoing cost and productivity actions, and a favorable impact from currency more than offset higher input costs, including raw material and logistics costs. Segment Operating EBITDA margin improved by more than 230 basis points versus the prior-year period.

The increase in price was led by strong execution in Latin America coupled with fewer corn replant units in North America. Higher volumes were driven by lower corn and cotton returns in North America, coupled with higher other seed sales in India. These volume gains were partially offset by robust early demand for corn in Latin America and an early settlement of the canola season in Canada, which shifted approximately $80 million of sales into the second quarter.

Favorable currency impacts were primarily driven by the South African Rand and the Brazilian Real.

Segment Operating EBITDA was $(217) million in the third quarter of 2021, an improvement of 23% compared to prior year. Continued price execution, higher volumes, lower royalties, and ongoing cost and productivity actions more than offset higher costs including commodity costs and SG&A.

The increase in volume was driven by higher soybean and corn sales in North America, market share gains in Brazil Safrinha, and canola growth in Canada. Price gains were driven by strong adoption of new Seed technology, including price execution in Latin America and EMEA, with corn price up 4% globally. These gains were partially offset by competitive pricing pressure in North America soybeans, where price was down 3%. Favorable currency impacts primarily from the Canadian Dollar and the Euro more than offset unfavorable impacts from the Brazilian Real.

The Company increased its previously provided net sales guidance3 for the full year 2021 and now expects net sales in the range of $15.5 billion to $15.7 billion, which at the mid-point represents expected net sales growth of approximately 10% for the year. Operating EBITDA1 guidance was affirmed in the range of $2.5 billion to $2.6 billion – representing growth of 22% for the year at the midpoint. Operating EPS1 guidance was increased to $2.05 to $2.15 per share, which represents 40% growth at the midpoint. The Company is not able to reconcile its forward-looking non-GAAP financial measures to its most comparable U.S. GAAP financial measures, as it is unable to predict with reasonable certainty items outside of its control, such as Significant Items, without unreasonable effort.

3. The Company does not provide the most comparable GAAP measure on a forward-looking basis. See page 6 for further discussion.

6. Shares of the Company’s common stock may be repurchased periodically in open-market or private transactions. The actual timing, number and value of shares repurchased under the Company’s authorized share repurchase program will be determined by management at its discretion and will depend on a variety of factors including the market price of Corteva common stock, general market and economic conditions, applicable legal requirements and other business considerations.