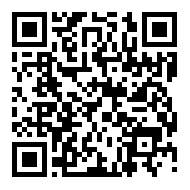 According to incomplete statistics, the fluorine-containing compounds in the new varieties of pesticides developed in the past 10 years globally are as high as more than 50%. Fluorine-containing pesticides have become the main direction of the development and application of the pesticide industry, which shows the important position of fluorine atoms in pesticides.

As an important fluorine-containing heterocyclic structure, trifluoromethyl pyridine is also a common group in current commercial pesticides. From the perspective of classification, it covers the entire pesticide categories and should still be the mainstream of market supply. If you have more questions regarding fluorinated pesticides and its intermediates, please leave the question under the presentation video page and interact with the expert Xiao Lifeng.

Dalian Join King has established world class proprietary technology platforms based on core technologies such as heterocycles, chiral chemistry and semi-synthesis, who has been in cooperation with many top 500 companies such as DOW, DuPont, Bayer, FMC, Ella Lilly, DSM and so on, established strategic partnerships and provided them with CRO, CMO services and custom manufacturing service.

Based on over ten year experiences of Chemphy, Dalian Join King has been set up complete high standard EHS and Quality Assurance system, formed its core competency in terms of "R&D-Scale-up-Engineering-Commercialization", and become one of  the high-tech enterprises with the most dynamics and innovative in China.