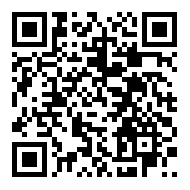 Compared with the third quarter of 2020, sales in the Agricultural Solutions segment rose considerably due to strong volume growth and higher prices.

Sales were considerably lower in North America. This was due primarily to lower volumes, mainly the result of premature demand caused by the early start to the season and the drought in Canada and the midwestern United States. Prices decreased slightly.

In Asia, sales increased slightly, primarily resulting from higher prices and positive currency effects. Overall, volumes were slightly below the level of the prior-year quarter.

Sales rose considerably in the South America, Africa, Middle East region. This was largely attributable to considerable volume growth particularly in seeds and traits. A rise in price levels also contributed to this development. This more than offset negative currency effects, especially in Argentina.

Income from operations (EBIT) before special items was considerably below the level of the prior-year quarter due to significantly higher fixed costs, increased raw materials prices and logistics costs, which could only be passed on partially, as well as an unfavorable product mix.

EBIT for the third quarter of 2021 included special income from the sale of non-capitalized know-how. Special charges for impairments and provisions had been recognized in the prior-year quarter.