Once wary of GMOs, China is now leading in gene-edited seeds 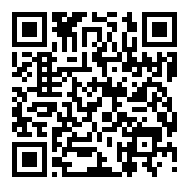 When it comes to gene-editing crops, China is leading the world.

“Some 75% of the world’s patents in agricultural gene-editing are coming out of China,” Erik Fyrwald, CEO of Swiss agricultural giant Syngenta, said in a virtual interview at the Fortune Global 500 Summit in Hangzhou on Tuesday. “China is not only a player in the field but has become a clear leader in this area.” (Syngenta is poised for an upcoming listing on the Shanghai Stock Exchange, but Fyrwald couldn't comment on the IPO due to the company's quiet period.)

China’s state-owned ChemChina group bought Basel, Switzerland-based Syngenta in 2017 for a staggering $43 billion—the largest overseas acquisition by any Chinese group to date. In the years since, Fyrwald says Syngenta’s business has boomed in China, with annual revenue from the region surging to around $6 billion in 2020, up from around $600 million the year before the ChemChina purchase.

The country’s ascent to dominate the field of gene-edited crops is a remarkable about-face for China, where the government—plagued by food safety scandals—has been unable to dissuade the public that genetically modified organisms (GMOs) are bad for human health. Beijing isn't alone there. Not all consumers in the U.S. approve of GMOs, either, and the foodstuffs remain controversial even though the U.S. Food and Drug Administration has approved genetically modified crops for years.

According to Fyrwald, gene-edited crops are different from GMOs. GMOs, Fyrwald says, involve splicing a crop’s DNA with a gene extracted from another living organism, such as a bacterium, while gene-editing is the process of directly editing a plant’s genes to alter their functionality.

The European Union legislation, meanwhile, treats gene-edited crops the same way as GMOs, effectively ruling that both methodologies pose the same health risk to natural ecosystems. There are risks, for example, that plants that have been genetically modified or edited will outcompete natural species and create broad monocultures of crops, which increases the risk of single-event crop failures.

However, in April the European Commission—the EU’s executive branch—called for a review of the bloc’s rules on genetically engineered crops, potentially opening a path for greater acceptance of gene-edited seeds.

In China, Beijing’s concerns over food security appear to have trumped consumer worries about GMOs and gene-edited foods. China has 17% of the world’s population and only around 12% of the globe’s total arable land. Gene-edited crops—ones that can withstand hardships such as drought, pestilence, or even pesticide sprays—help farmers boost yield and provide more food.

“What we’re seeing in China is a transformation of agriculture,” Fyrwald says.