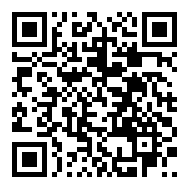 −− The price is reduced by 1.5 times to 2 times that of ordinary vegetables

According to Fresh Hema, Huaixiang Agriculture, the largest organic vegetable production base in Beijing, has settled in Machangying Town, Pinggu District. 70% of the organic vegetables will be sold to local Fresh Hema supermarkets, including 17 kinds of cabbage, rape, and spinach. It is understood that the first organic seedling cultivation base in China is under construction here.

Dong Min, head of Huaixiang Agriculture, said that the base has been specialized in organic vegetable cultivation since its establishment 13 years ago. Initially, the public and the market did not have a high level of awareness and acceptance of organic vegetables, and the company also experienced setbacks in its development and suffered losses for 9 consecutive years. “At the beginning, I found that logistics and traffic were very expensive, and there were many categories of crops in a greenhouse, and labor costs remained high, so I switched from being the C-end to the B-end,” Dong Min said.