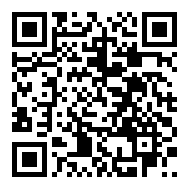 Scientists at Embrapa Environment evaluated the bacterial isolates’ functional potential to promote the growth of tomato plants cultivated under conditions of soil salt stress. From 154 bacillus strains initially studied, four were selected and showed an increase in height, root and aerial part weight, chlorophyll content, and stem diameter. In addition to that, they managed to reduce the severity of Fusarium wilt in tomatoes by more than 50%.

According to the researcher Wagner Bettiol, the soil salinization rate has expanded globally, causing food security problems in several countries. Furthermore, salt stress occurs naturally in arid and semiarid regions. Soil salinization negatively affects photosynthesis, nutrient uptake, transpiration, protein synthesis, and hormonal regulation, resulting in reduced plant growth.
Carlos Medeiros, who at the time of the study was a Master's student at Unesp/Botucatu under the supervision of Bettiol, explains that the research was divided into three phases. In the first one, biochemical tests were carried out, which evaluated the production of plant hormones, phosphorus solubilization, nitrogen fixation and the production of some important compounds for plant development. These tests were carried out at the “Raquel Ghini” Environmental Microbiology Laboratory of Embrapa Environment, exposing 154 bacillus isolates to salt content increased conditions.

“We used six biochemical tests to make this first selection. Several bacillus isolates showed positive responses, but those that showed at least four positive responses to the six tests were selected for the following phases of the studies”, informs Medeiros.

Then, the four lab-selected isolates were evaluated in tomato plants grown in a greenhouse. “We started testing the isolates directly on plants developed under conditions with and without salt stress to assess several characteristics related to plant growth”, he explains. The studies analyzed the increase in height, and in the weight of roots and of aerial parts of the plants, as well as the chlorophyll content of the leaves and the stem diameter of tomato plants, important parameters in this case. After this phase, the isolates were evaluated in the control of Fusarium wilt in tomatoes. “In addition to the efficiency in controlling wilt, we analyzed three enzymes that are directly related to inducing plant resistance to the pathogen and also to proline, an amino acid specifically aimed at protecting against salt stress”, Medeiros says.

Result details, which were part of Carlos Medeiros' master's thesis, are published in the Journal of Applied Microbiology. Among the selected strains, the most efficient was one of the Bacillus velezensis, , a species that has been highlighted in studies related to the biological control of plant diseases, Bettiol explains. “This isolate reduced the severity of Fusarium wilt by more than 50%”, he highlights.
After all the experimentation and data analysis, Medeiros emphasizes: “We came to the conclusion that the isolates established an interaction with the plants, which triggered different defense mechanisms”.

According to him, this association with the plant is essential to have the bacillus isolates control the disease caused by Fusarium, increasing plant growth and tolerance to salt stress, suggesting that they can be used beneficially in biological control in agriculture.

“But it is important to point out that these results vary from isolate to isolate, which demonstrates that such characteristics are intrinsic to certain microorganisms. Not all microorganisms of the same genre or species will show the same behavior in plants or in any other situation in which we want to use them, which shows the importance of testing and experimenting to understand the specificity of each one and select the most adequate”, highlights the researcher.

“For the development of a biological product based on microorganisms, whether for disease control, growth promotion or to relieve the salt stress of plants, the first step is the isolation and selection of microorganisms”, Bettiol says. In the paper, part of the almost 500 bacillus isolates obtained during his doctorate in 1984 at Esalq/USP, was used, with the help of the São Paulo Research Support Foundation (Fapesp) and Finep.

The multiplication of bacilli, under different fermentation conditions, is already being carried out in the laboratory, in parallel with new growth promotion tests. The goal is to develop a biological product based on such functional bacteria.

In the case of fusariosis control, the method used was the application of bacteria directly to the soil. “We cultivated the bacillus in culture media, diluted it and applied it via irrigation on the plant's collar”, explains Medeiros.  For salt stress, the application way was the same, via irrigation.

Tomato Fusarium wilt occurs in most regions of the world where the fruit is grown. It is one of the worst diseases of this crop and can result in productivity losses of up to 80% in susceptible varieties. It occurs at any time or stage of development, more often in adult plants, and can make cultivation unfeasible in certain regions or times of the year.

The first symptoms are yellowing of the older leaves, which gradually wither and show marginal or total limb necrosis, followed by wilting of the upper leaves in the hottest hours of the day.

As the disease progresses, the yellowing increases until it also affects younger leaves. In this condition, the fruits do not develop, ripen when they are still small, or fall prematurely, and the diseased plants present reduced growth and may die after having their vascular system completely compromised by the pathogen.