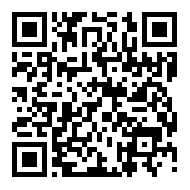 −− The increased scrutiny comes as global fertilisers costs have soared to new records, spurred by energy crises in Europe and China as coal and natural gas are important feedstocks Chinese authorities are imposing new hurdles for fertilizer exporters amid growing concerns over surging power prices and food production, a move that could worsen a global price shock and food inflation.

Some Chinese fertilizer cargoes ready to be shipped are being held up by local authorities for additional checks or to obtain new export certificates, according to people familiar with the matter. The supplies will either end up being sold on the domestic market or face delays in being exported, said the people, who asked not to be named as they are not authorized to speak on the matter.

The increased scrutiny comes as global fertilizers costs have soared to new records, spurred by energy crises in Europe and China as coal and natural gas are important feedstocks. The cost increase comes at a particularly worrying time, with global food prices hitting a 10-year high.

The new measures implemented by Chinese authorities follow a customs regulation that kicked in on Oct. 15 requiring additional inspection of fertilizer exports. It also follows a notice from the National Development and Reform Commission, China’s top economic planner, that called for stable fertilizer supplies and prices given its importance to agricultural production and food security.

The General Administration of Customs added new inspection requirements on 29 categories of products including urea to ammonium nitrate, according to a notice this month. Despite that, the blistering rally in China’s fertilizer market shows no sign of cooling, with benchmark urea futures holding near a record. China’s move to curb fertilizer exports will be felt around the world as it is a key supplier of urea, sulphate and phosphate, accounting for about 30% of global trade. The biggest buyers of China’s fertilizers include India, Pakistan and countries in Southeast Asia.

There are already signs that a fertilizer shortage is emerging globally. Farmers in Brazil reported that some deliveries of fertilizer and glyphosate have been canceled. France, the largest European agriculture producer, may face difficulties sourcing fertilizer supplies, an official at FranceAgriMer warned last week.