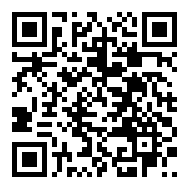 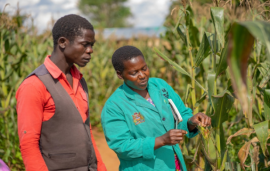 CABI has contributed to new research which highlights the importance of and need for host plant resistance for fall armyworm (Spodoptera frudiperda) in maize as current maize production in Africa and Asia is under serious threat from the pest and exacerbated by climate change concerns.

The research, published in the journal Crop Science and led by Mr G. Mahendra Singh, calls for ‘a scheme that outlines strategies and approaches for pre-breeding and their introgression into elite varieties for developing FAW-resistant maize as a possible way forward’ to help secure maize production and the livelihoods of millions of smallholder farmers.

The review, conducted in part by the MARA-CABI Joint Laboratory for Bio-safety and with the Kunming Institute of Botany, World Agroforestry, Hexi University (China) and CABI’s centre in China, summarizes information about various maize landraces, native germplasm, and crop wild relatives possessing FAW resistance traits and about their potential resistance mechanisms, namely antibiosis, antixenosis and tolerance.

Maize production is under threat from climate change, drought and pests such as the FAW, the study says. Since its first detection outside of its native range in 2016, FAW has spread into 73 nations across Africa and Asia – often with devastating impacts on yields and farmers’ incomes.

Mr Singh said, “There is a strong need for the development of cost-effective and biologically based Integrated Pest Management (IPM) practices including Host Plant Resistance (HPR). However, most of the commercial maize cultivars have lost some defensive traits through selective breeding for yield during domestication.

“Present and future predicted increases in temperature and drought conditions may increase FAW infestation and other crop-pest damage. Hence, conserving and bioprospecting for wild novel alleles, which have been thriving under harsh climatic conditions, with minimal human care, and introgressing them into elite lines to breed climate-smart and pest-resistant varieties are essential for sustained maize production and eco-friendly cultivation.”

The scientists contest that while pre-breeding is a ‘long and laborious process, and immediate products from pre-breeding are uncommon,’ the creation of bridging and introgression populations ‘to improve allelic diversity in the primary gene pool’ may assist in the ‘efficient utilization of genetic resources.’

The study also highlights how a simulation study based on 4-year FAW monitoring indicated that a one-degree increase in weekly mean temperature may nearly double FAW populations (Garcia et al., 2019).

This is set against the fact that drylands (constituting 40% of the earth’s surface and home to 2.5 billion people) are more susceptible to ongoing climate changes and have less ‘buffering capacity’ to cope with crop-yield losses and climate change-induced food insecurity.