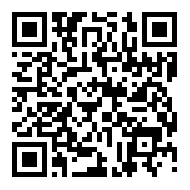 Three species of fungi new to global science were identified in Argentina.

"It is likely that some of them could be applied as biofungicides, which are products of natural origin that control pests affecting crops while avoiding the use of agrochemicals that are harmful to the environment," said Viviana Barrera (PhD in Biological Sciences) who is lead author of the study and researcher at the Institute of Agricultural Microbiology and Zoology (IMYZA), a branch of INTA and located in Hurlingham, Province of Buenos Aires.

The researchers collected soil and plant samples in El Palmar and Iguazú national parks, provincial parks in Tucumán, and various sites without human and agricultural activity in northeast, northwest and central Argentina. After conducting microscopy and molecular analyzes, they discovered three new species within a group of fungi previously generally identified as Trichoderma harzianum, including a complex of species of the genus Trichoderma.

“Many fungi of the Trichoderma harzianum complex have proven abilities as antagonists of pathogens that affect crops and cause millions in losses to the agricultural production sector. Some species were incorporated into biofungicides for commercial use,” explained Leopoldo Iannone (PhD in Biological Sciences), who is also the author of the work and researcher at the Institute of Mycology and Botany (INMIBO), a branch of the CONICET and the Faculty of Sciences (Exactas y Naturales) of the UBA.

The names of the new species were based on the geographic area where they were found. Trichoderma austroindianum refers to South America, while Trichoderma hortense, whose specimens show the greatest potential for use as a biofungicide and biofertilizer, were isolated from horticultural crops, the researchers explained. Trichoderma syagri was so named because it was isolated from the plant remains of palm heart (Syagrus romanzoffiana).

Iannone added the finding will widen the possibilities for use in the agro-industrial and bio-inputs sector, due to the promising biotechnological potential of some species in the complex.

For the first time, the researchers also reported the presence in Argentina of another five species of Trichoderma previously described in other countries, which highlighed "a greater biodiversity and knowledge of a great diversity of habitats," Iannone stressed.

"All the information obtained from the Funga (set of fungi) in our country will contribute to knowledge about the biodiversity of microorganisms," said Barrera, adding, “As the study of new species progresses, perhaps new strategies may emerge for the use of tools with lower environmental impact for controlling plant diseases and promoting plant growth.”