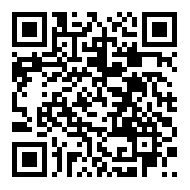 Bee Vectoring Technologies International Inc. (the "Company" or "BVT") today announced its first commercial agreement with BIOGARD, a division of CBC (Europe) S.r.l., one of the leading bioprotectant companies in Europe. Through the agreement, BVT will have exclusive access to BIOGARD's biological insecticide Beauveria bassiana ATCC 74040 for bee vectoring uses throughout the European Union and Switzerland.

"This first commercial agreement with a partner in the EU represents a major step in BVT's growth," said Michael Collinson, Chairman of BVT. "It is the most significant global milestone for BVT since acquiring EPA registration in the US in 2019. The agreement will enable BVT to operate in the EU through the development and registration of a bee-vectoring product extension of an already-accepted biological active substance, rather than awaiting approval of a new active substance submission - a process that can take up to 3 years. It is also a clear indication that the industry has begun to recognize the value of our bee vectoring system as an effective way to deliver crop protection."

Through the agreement, BVT will develop a biological insecticide solution for delivery to crops through BVT's proprietary bee vectoring platform using BIOGARD's active substance registration. This could be either stacked alongside BVT's own biological fungicide, Clonostachys rosea strain CR-7 (CR-7), for a complete fungicidal plus insecticidal solution for certain crops, or used as a standalone when some diseases are not present. Bee vectoring uses up to 98% less product per crop hectare compared to traditional application methods since the active ingredient is delivered directly to crop flowers with no waste. The agreement also includes a long-term arrangement for BIOGARD to supply the active substance to BVT.

"BVT is a true innovator in sustainable farming practices and natural pest control," said Vittorio Veronelli, CEO of CBC (Europe) S.r.l.. "BVT and BIOGARD are perfectly aligned in our missions to drive sustainable farming practices, and BIOGARD's microbiological insecticide will work well in bee vectoring. This is a win-win for the European marketplace."

BIOGARD has a 30-year track record offering biological control products. The company was formed by a merger between CBC (Europe) S.r.l. and Intrachem Bio Italy, and is a recognized leader in the industry. BIOGARD's microbiological insecticide, Beauveria bassiana ATCC 74040, has EU registration and has been used for 10 years through a foliar spray to control insects such as thrips, whiteflies and aphids. These insects cause damage to multiple crops including strawberries and peppers, which are among the priority target uses for BVT's solution.

"This agreement represents two important firsts for BVT," said Ashish Malik, CEO of BVT. "It propels BVT into the EU, allowing us to generate first revenue from this region and validate our technology with growers while we work to complete the registration process for the approval of CR-7. It is also our first product expansion by in-licensing a third-party biological for use in BVT's bee vectoring system. This deal validates that BVT technology can be used to deliver multiple biocontrol agents and extends our solution beyond disease control to now include insect control as well. This is an exciting opportunity for BVT to add value to growers worldwide, help them implement more sustainable practices - and increase BVT's share of wallet."

The insecticide market in Europe is estimated at US $2 billion. Europe is now the world's second-largest market for bioprotectants, due to growing consumer demand for organic foods and pressure from EU regulators on farmers to adopt more sustainable agricultural practices. BVT's initial priority will be to target greenhouse production of crops such as strawberry and peppers, which represent ~500,000 acres in Europe, including 100,000 acres grown in covered environments.

The Company's strategy has three major elements: continued commercialization in the US; global expansion; and product portfolio expansion. This partnership represents the first milestone in the important third element of the strategy.

"This agreement validates the promise of BVT's in-licensing trials and evaluations, and shows we are executing our strategy " said Mr. Malik. "There will be more in-licensing agreements to come as we wrap initial trials of other third-party products. The relationships and trials we have been investing in over the last several years are starting to materialize."