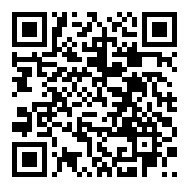 Bloomberg writer Elizabeth Elkin reported on last Friday that, “A gauge of North American fertilizer prices soared to a record high, driving up costs for farmers and threatening to worsen food inflation.

“The Green Markets North America Fertilizer Price Index rose 7.9% to $996.32 per short ton, soaring past its 2008 peak to set a new benchmark for the index that began in January 2002. The Bloomberg article explained that, “The fertilizer market has been hit hard this year due to extreme weather, plant shutdowns, sanctions and rising energy costs in Europe and China, pushing prices past levels that traders and farmers hadn’t seen since the global financial crisis.”

Also last Friday, William Watts reported at MarketWatch Online (Dow Jones) that, “Fertilizer prices were already running red hot this year before a European energy crisis fanned the flames, potentially adding to a pinch on farmers in the U.S. and around the world and stoking worries about food inflation.

“‘It’s almost like a perfect storm of different reasons that probably has a lot of upside in price for different macronutrients,’ said Samuel Taylor, Cleveland-based executive director of research at Rabobank, in a phone interview.”

Mr. Watts noted that, “Nitrogen prices have been correlated, with a lag, to natural gas prices, Taylor said, in a phone interview. That means any run-up in natural-gas prices in the North American market would be poised to add to rising nitrogen prices.

“Nitrogen fertilizers are a crucial input for corn and wheat.”

Nonetheless, the article stated that, “A sharp run-up in fertilizer prices will be a source of pain for farmers, but producers and consumers should keep the situation in perspective, said David Widmar, an agricultural economist and co-founder of Agricultural Economic Insights, a research firm.”

The bottom line is that based on price expectations, corn still looks like a much more profitable bet for producers, said Widmar, who expects to see an increase in planted corn acres in 2022 despite rising nitrogen costs.

In a more narrow look at some of the specific impacts of the energy crunch in China, Bloomberg writers Jeff Sutherland and Tom Hancock reported last week that, “In recent weeks, several plants were forced to shut or reduce output to conserve electricity, such as soybean processors that crush beans to produce meal for animal feed and oil for cooking. Prices for fertilizer, one of the most important elements of agriculture, are skyrocketing, slamming farmers already buckling under the strain of rising costs.

“The processing industry is set to be more severely affected than staples such as grains and meat, Rabobank analysts wrote in a report this week. In the dairy sector, power cuts could disrupt the operation of milking machines, while pork suppliers will face pressure from tighter supply of cold storage.”

And in news regarding India, Bloomberg writer Bibhudatta Pradhan reported last week that, “India won’t increase subsidies on phosphorus-based fertilizers and has directed producers to refrain from raising prices, according to people with knowledge of the matter, threatening the firms’ margins as global costs of the raw material surge.”

“Prices of phosphoric acid and ammonia, used to make the soil nutrient, have soared in the world market due to tight supplies, putting pressure on Indian producers as they import a majority of their requirements,” the Bloomberg article said.

Mr. Lewis pointed out that, “A lack of rain in some parts of Brazil has hit the corn crop, driving up the cost of cattle feed and meat, and the drought has also had an impact on fruit and vegetable prices. Brazil gets more than half of its electricity from hydroelectric sources, and scant precipitation for more than a year has left reservoir levels low and pushed power companies to use more expensive fuel-fired plants.”

“The rising price of oil on global markets, and the weak real, have also driven fuel prices higher, and truckers, farmers and other users of diesel fuel and gasoline are passing their higher costs along to consumers,” the Dow Jones article said.