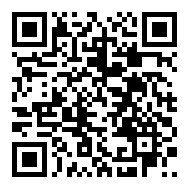 Recently, a series of policies such as double control of energy consumption, power limit and production limit have caused the already "crazy" glyphosate market to raise prices again. At present, China’s domestic manufacturers are in a state of "no quotation, no orders", and the quotations of major glyphosate suppliers have exceeded RMB 80,000/ton, or even higher.

In September, the China’s Yunnan Provincial Development and Reform Commission issued a document requesting that the production control of the yellow phosphorus industry be strengthened to ensure that the average monthly output of the yellow phosphorus from September to December 2021 shall not exceed 10% of the output in August. This has a huge impact on the stability of the supply chain of glyphosate companies.

The agrochemical market was detonated by yellow phosphorus, triggering a series of chain reactions. All manufacturers stated that they could not assess the impact of “dual energy consumption control” because they failed to lock in upstream raw materials. At the same time, a total of 12 provinces, including Zhejiang, Jiangsu, Anhui, and Ningxia, were forced to cut off electricity due to dual control of energy consumption, insufficient power supply, and environmental protection and production restrictions. The production capacity of glyphosate was severely suppressed in October. It is expected to drop by more than 30%. Taking into account the winter heating in the north and the ability to host the Winter Olympics, this round of power and production restrictions is expected to have no more room for relief by March next year.

Since 2021, rising global food prices have boosted the scale of overseas planting, driving the growth of glyphosate demand. At the same time, the operating rate of factories outside China has fallen due to the epidemic, which has further reduced production. Global agricultural demand for glyphosate has been released to China, which has led to a surge in export demand and continuous rise in product prices.

In the next few years, the glyphosate industry will have almost no new capacity. With the promotion and application of genetically modified crops, the demand for glyphosate will continue to grow steadily, so the price of glyphosate may remain high for a long time.