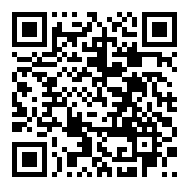 Fertilisers manufacturer Paradeep Phosphates Ltd is in the process of enhancing production capacity of its non-urea fertilisers including di-ammonium phosphate (DAP) and NPK (Nitrogen-Phosphorus-Potassium) by nearly 50 per cent to 1.8 million tonnes (mt) from the present 1.2 mt through de-bottlenecking at its existing unit at Paradeep in Odisha.

The expansion would be complete by May 2022.

The estimated investment on the expansion projects would be close to ₹480 crore, of which it has already spent around ₹120 crore. The funding would be partly through internal accruals and partly debt.

The company is primarily engaged in manufacturing, trading, distribution and sales of a variety of complex fertilisers such as DAP, three grades of NPK (namely NPK-10, NPK-12 and NP-20), Zypmite, Phospho-gypsum and Hydroflorosilicic Acid (HFSA).

According to Sabaleel Nandy, President and Chief Operating Officer, Paradeep Phosphates Ltd, the company is hopeful of completing the process of acquisition of the Goa plant of Zuari Agro Chemicals Ltd (ZACL) by December this year.

“We are investing on growing our topline. We have already augmented the annual granulation capacity of DAP and NPK plant to 1.4 mt by June this year and expect to further ramp it up to 1.8 mt during January-March quarter of this fiscal. With the acquisition of Goa plant, we will get another 1.2 mt with us,” Nandy told BusinessLine.

In February this year, Zuari Agrochemicals Ltd (ZACL) announced the sale of its fertiliser plant and the associated businesses at Goa to Paradeep Phosphates for an enterprise value of $280 million (approximately ₹2,050 crore).

The company currently distributes its products across 17 states through various private and institutional channels. As of March 31, 2021, it has a network of 11 regional marketing offices and 1,324 stock points and its network comprises 4,529 dealers and over 60,257 retailers, catering to an estimated five million farmers in the country.

The acquisition of the Goa plant would help it expand the geographical footprint particularly in the western and southern markets, he said.

Currently, ZMPPL holds 80.45 per cent and the government owns 19.55 per cent stake in the company.

It plans to utilise net proceeds from the IPO towards financing of the acquisition of the Goa facility amounting to ₹642 crore; repayment/prepayment of certain of its borrowings amounting to ₹300 crore; and balance for general corporate purposes.

According to Nandy, the Indian fertiliser industry dynamics is well supported by conducive government regulations. Being the second largest manufacturer of phosphatic fertilisers in the country and driving raw material efficiency through backward integration of facilities and effective sourcing, the company is poised to grow its business further in India.

The company plans to further improve its leadership position by enhancing its production capabilities and having a more diversified product portfolio and also by improving cost efficiency and productivity. It is also open to pursuing inorganic growth opportunities as and when opportunities arise.

“Right now, the entire focus of the management is to internalise this acquisition but we will remain alert to inorganic growth opportunities,” he said.