How does drop in Chinese agrochemical production affect agribusiness in Brazil? 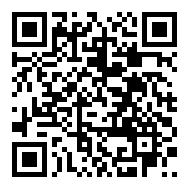 Brazilian farmers have been paying more for the purchase of pesticides since the beginning of 2021.

Brazil needs to import more than half of the agrochemicals applied in its crops, making its agribusiness susceptible to fluctuations in the international market.

The first impact on prices was when the pandemic caused adverse effects, such as a shortage of containers and a slowdown in port operations — causing an explosion in ocean freight costs. The country may also suffer from increased costs due to high electricity prices in China, one of the leading global producers of active ingredients for pesticides.

The Asian giant is responsible for 20% of pesticides imported by Brazil, recalled Guilherme Bellotti de Melo, manager of the Agro consultancy at Itaú BBA. "An example of the importance of China in the origin of pesticides is glyphosate, as more than 95% of the volume comes from the country," Melo stated.

Risk of lack of agrochemical

The resumption of economic activities and more significant concern with environmental issues caused the price of electricity to soar in China. As a result, the pace of industrial activities slowed, including the partial or total shutdown of plants to manufacture agrochemicals. Electricity could become even more expensive as winter approaches in the Northern Hemisphere with a super demand for energy.

This production difficulty can lead to reduced availability and higher input prices. For this year's summer crops, the consultant expects that there are no structural problems in the supply of agricultural pesticides, "although specific problems may occur for those who took a long time to make the acquisition," the specialist warned.

In the case of the off-season, in perennial crops and in the 2022/2023 harvest, the concern is more significant, primarily “if this whole scenario of global production problem of agricultural pesticides lasts for a long time,” de Melo evaluated.

If there is a normalization in global trade, the situation with containers should be resolved during 2022. However, in the case of energy, the scenario is still difficult to predict, according to de Melo. Therefore, the pricing of inputs for the next harvest will be a difficult task, proving uncertainty about production costs and agricultural margins.

“The risk is positive for the agro business as a whole,” the Agro consulting manager revealed. However, the farmer must prepare for a scenario of increased spending on inputs and reduced production margins.

"We are going through years of very high margins in the agricultural activity for the most different commodities," the consultant recalled. However, he warned that “the history of the agricultural economy shows us that spectacular margins do not last forever.” Therefore, he suggested maintaining high liquidity levels to cushion possible cost shocks.

The manager suggested that the farmer could also try to minimize any problems in the supply of inputs by cultivating a close relationship with reliable suppliers. It would guarantee a good window for fixing costs, based on a balance between future prices and input prices, to avoid a worsening exchange ratio.