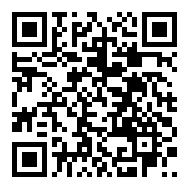 FMC began producing Rynaxypyr (chlorantraniliprole), its best-known insecticide molecule in Argentina, in the middle of 2021 at the Rizobacter firm's plant in Pergamino city of Buenos Aires province, after an agreement between the two companies.

The Rynaxypyr molecule is the active ingredient in the world's best-selling insecticide, the Coragen brand. In addition, FMC Argentina announced that it intends in 2022 not only to supply the local market but also to export to other countries in the region.

To mark the announcement, the Argentine Secretary of Agriculture, Jorge Solmi, was visiting the factory. During his visit, the referent highlighted the characteristics of this formulation and its manufacturing process. “Continuing with the commitment to bring technologies to the country, as of July, FMC began with the national production process of its most important patented product worldwide, Coragen. With this decision, the company is committed to substituting imports and generating more investment, development, and local labor”, highlighted Sebastián Camba, FMC Marketing Manager for the Southern Cone.

Camba also stressed that Argentina is the fourth country where FMC has decided to produce one of its most essential molecules and it provides a lot of security for agricultural producers.

“After bringing the technology to Argentina, FMC is already working on registering new products to be formulated at the local level. The company understands the importance of agriculture in the country and the strategic weight of this nation in the production of food at the domestic and global level,” he said.

“This is one of the most important steps taken by FMC at the local level, and the commitment is to continue investing in research and development for more high-tech solutions to the country and contribute to improving food production,” the executive said in conclusion.