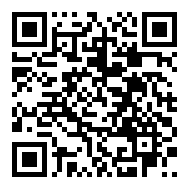 According to a new market research report, published by Meticulous Research, the integrated pest management pheromones market is expected to grow at a CAGR of 12.3% from 2021 to 2028 to reach $1.54 billion by 2028.

Integrated pest management (IPM) is an effective and environmentally sensitive approach that relies on a combination of practices. IPM pheromones are used to trap, catch, or kill insect pests, including sex, aggregation, and alarm pheromones. The growth of this market is driven by key factors such as the rising need to increase agricultural production, favorable government initiatives & reforms/policies, rising awareness regarding the advantages of IPM pheromone technologies, and growing public concerns over the potential health hazards of synthetic pesticides.

Impact of COVID-19 on the Integrated Pest Management Pheromones Market

The COVID-19 pandemic moderately affected the agriculture sector, making it difficult to assess the pandemic’s impact on the integrated pest management pheromones market. However, the COVID-19 pandemic heavily impacted the overall agrichemical or crop protection products industry. The global lockdown and quarantine affected the manufacture and supply chain of plant protection products (PPP), disrupted crop protection activities worldwide. Plant protection products include conventional pesticides, biopesticides, bees for pollination, and other beneficial arthropods employed for biological control. A similar impact has been assumed on the IPM pheromones market. The use of integrated pest management pheromones typically requires human labor. Most of the countries also witnessed a shortage of human labor. As a result, labor shortages impacted the demand for IPM pheromone products.

However, these factors are expected to have only a temporary impact on the IPM pheromones market, as investments in integrated pest control strategies may increase as a part of the broader move toward ensuring food security, sustainable agricultural production, and more robust supply chains.

Based on pest type, the moths segment is estimated to account for the largest share of the integrated pest management pheromones market in 2021. The segment is also expected to show the fastest growth rate in the forecast period. Factor attributing towards the growth of this segment is the growing adoption of pheromones for controlling moth populations. A moth is a serious pest that affects agricultural plants. For example, the diamondback moth affects cruciferous vegetables. Female diamondback moths can deposit up to 150 eggs on average. Larval instars feed on foliage and growing parts of young plants and bore into flower buds, which results in skeletonized leaves, stunting of the plants, or failure of head formation in some hosts. Integrated pest management (IPM) generally uses mating disruption pheromone for controlling moth populations.

Based on function, the mating disruption segment is estimated to account for the largest share of the integrated pest management pheromones market in 2021. The large share of this segment is mainly attributed to rising agricultural production and growing awareness regarding pheromones in various agricultural applications. However, the mass trapping segment is expected to witness the fastest growth rate in the forecast period. Mass trapping is a method in IPM programs for reducing pest numbers by luring pests to a pheromone trap and then killing them. For instance, commonly used pheromones against Lepidoptera are sex pheromones that attract only males. Mass trapping of males would leave nearly all females unmated, making it difficult for female flies to find mates and lay eggs. If a male insect can mate with ten females in a lifetime, then up to 90% of the male population can be mass trapped using sex pheromones.