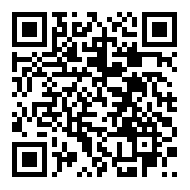 Mexican health safety regulators have rejected a new variety of GMO corn for the first time, the head of the country's top farm lobby told Reuters, in a sign the government is hardening its position against genetically-modified crops.

Mexico, birthplace of modern corn, has never permitted the commercial-scale cultivation of GMO corn but has for decades allowed such varieties to be imported, mostly from U.S. farmers and overwhelmingly used to fatten livestock.

Regulators must approve each new variety developed by seed companies before crops grown from them can be imported.

In late August, heath regulator Cofepris rejected a permit for a new GMO corn variety sought by German pharmaceutical and crop science company Bayer, according to data from the National Farm Council (CNA).

The regulator determined that the new seed variety was designed to tolerate weed-killer glyphosate, adding it considers the widely used herbicide dangerous and said its rejection was based on a "precautionary principle," the data showed.

The Cofepris ruling was never publicly disclosed, and its press office did not respond to requests for comment.

A Bayer spokesperson declined to comment on the rejection.

CNA President Juan Cortina said in an interview that Mexican corn importers will begin to feel the impact from the rejection as soon as next year.

"This is the first obstacle, which isn't immediate, but it's coming," he said, pointing to seven other pending GMO corn seed permits that have been waiting from between 14 to 34 months for a resolution. He said he believed the decision violated the USMCA North American trade agreement.

Neither Mexico's economy ministry, responsible for international trade, or the Office of the U.S. Trade Representative in Washington, immediately responded to a request for comment on Cortina's allegation.

While regulators worldwide have determined glyphosate to be safe, Bayer agreed last year to settle nearly 100,000 U.S. lawsuits for $9.6 billion, while denying claims that the herbicide caused cancer. In February, it struck a $2 billion settlement to resolve future legal claims that glyphosate causes cancer.

In the past, the Mexican government has approved some 90 GMO corn varieties for import, among nearly 170 total approvals for GMO seeds including cotton and soybeans. But under President Andres Manuel Lopez Obrador, who took office in late 2018, no GMO seeds have been approved by Cofepris.

Last year, Mexico imported more than 16 million tonnes of corn from U.S. suppliers, almost all of it grown from GMO varieties.

Cortina said this year the country was poised to import "more than 19 million tonnes," which would mark an all-time record, even as the government pledges to boost domestic production.

Mexico is mostly self-sufficient in its production of white corn, which is used to make the country's staple tortillas, but depends heavily on yellow corn imports for both livestock feed as well as numerous industrial uses like making cereals and sauces.

Lopez Obrador issued a decree late last year that seeks to ban by 2024 both glyphosate and GMO corn for human consumption, but officials have yet to clarify if the ban would apply to livestock feed or the industrial demand.

Deputy Agriculture Minister Victor Suarez, an influential backer of the decree, said last month that the government is now aiming to cut corn imports by half by 2024.

"Right now, I don't think it's going down," said Cortina, referring to the country's demand for imported corn.

He pointed to official agriculture ministry data showing that domestic corn production is down more than 5% during the first six months of this year.