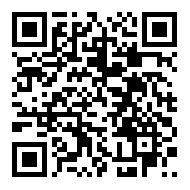 According to a report published by Rabobank, in recent weeks, power cuts in 16 provinces of China have disrupted production across industrial sectors, and, in some cases, homes have also been affected by the electricity shortage. The impact is rippling through the supply chain, both in China and around the world. A number of factors have contributed to the power supply shock: primarily, a tight coal supply as a consequence of lower imports and coal mine closures in previous years; and secondarily, rising demand resulting from the rapid recovery of manufacturing and exports, weather-induced higher electricity consumption, and Beijing’s strict emissions reduction targets.

The pressures felt by different sectors in the Food & Agribusiness (F&A) space vary. The production of staple foods, such as grains, meats, and vegetables, is not greatly affected, as electricity supply remains relatively stable. However, the pressure on processing and correlated sectors, including packaging and logistics, is rising, which will eventually impact all other sectors.

Grains & oilseeds: A number of oilseed crushing plants temporarily ceased operations. The projected low import volumes, due to negative crushing margins in previous months, and the currently halted operations will lead to a continuous decline in soymeal inventories, which have already caused a recent price rise. For corn, which is in harvest season, low drying tower operations pose a challenge to traders/processors in new crop procurement and storage. The capacity utilization of corn mills has also dropped due to the power cuts.

Farm inputs: Fertilizers and agrochemicals will inevitably face mounting pressure from the current coal shortage and electricity cuts. While the government’s emphasis is on securing power supplies for fertilizer production, exports of nitrogen and phosphate fertilizers will be restricted, potentially lifting prices in the global market.

Animal protein: Pork prices have been sluggish for more than six months. While the direct impact of the electricity shortage is limited, the tighter supply of cold storage and logistics is putting additional pressure on already negative margins. Feed millers have recently announced further increases in feed prices, deteriorating agricultural performance for all animal proteins. Seafood processing has been challenged by electricity outages for months. One seafood exporter announced plans to increase export prices.

Dairy: So far, the impact from power cuts has generally been limited. However, the consensus is that persistent power disruptions will inevitably have serious negative impacts on the dairy sector. This places further uncertainty on the dairy processing sector, in terms of processing capacity, packaging availability, storage, and distribution channels. Power cuts could also potentially disrupt the operation of milking machines, milk storage facilities, water pumps, and manure pumps, with consequent impacts on farming and, subsequently, downstream supply chains.

Consumer foods: Food processors have already reduced production as a result of power cuts by the local government. While we believe the disruption to such production will be short-lived, the rising cost of other inputs, such as cold storage, logistics, and packaging, together with the rising difficulty of operational planning, will put further pressure on food processors, who have already struggled to survive the pandemic.

Packaging: Packaging, especially paper and metal, has been seriously impacted, and that will affect all sectors that need packaging. The leading paper manufacturers announced a temporary shutdown, which could lead to a 10% to 15% reduction in paper packaging supply for September and October, and metal packaging, with aluminium prices hovering at 13-year highs, may face even greater price spikes. In some regions, cold storage has experienced power cuts as well, lifting storage costs for chilled/frozen products.

Prior to the power outages, several F&A sectors had already seen cost inflation but, in the shadow of Covid-19, found it extremely difficult to pass along costs to consumers. The current energy shortage is an additional episode that poses further uncertainty on the sectors. On September 29, the Chinese government stressed that it would ensure that households remain “safe and warm” throughout the winter, increasing coal supply by various means and meanwhile allowing electricity rates to reflect supply and demand. This suggests that the electricity price will rise.

Consumer Demand in a Dilemma

The power cuts may lead to an increase in unemployment and a decrease in income, which will impact consumer confidence and spending behavior, even in the short term. Before the power cuts, the consumer market was already showing weakness. Official statistics show that China’s foodservice sector contracted by 4.5% YOY in August 2021, a sharp reversal after July’s 14.3% sales growth. The Consumer Price Index for food (CPI) dropped month-on-month, to -4.1% YOY in August. This was a stark contrast to the performance of the Producer Price Index (PPI) for means of production, which had grown month-on-month, to 12.7% in August (see Figure 1). All this points to weak consumer demand, which is one of the key reasons for the stagnant prices of animal protein products, including pork, dairy, and poultry, although production costs have inflated.

For the mass market, a further price increase would likely lead to a significant drop in consumption. Competition will become even more fierce, and F&A players supplying the mass market may have to bear the additional costs by further improving productivity/efficiency or be forced out of the market. For the premium market, consumers are more resilient, but suppliers really need to differentiate themselves, as they serve a more demanding and more sophisticated market. Moreover, demand is changing – pushed by Covid-19 – and some sectors need to take time to rebalance supply and demand.

In every crisis lies an opportunity. Energy transition is the primary component of the Chinese government’s efforts to reduce emissions, but the current power shortage bluntly exposes how inadequate the transition is. Official statistics show that coal still accounted for 57% of total energy for power generation in 2020, though this was down from 64% in 2015. Changing the production/supply chain to a more sustainable system is obviously the way out. The energy transition within the F&A sector will be another topic.