US agrochemical industry to be driven by huge investments towards new herbicides coupled with demand surge for biopesticides: Ken Research 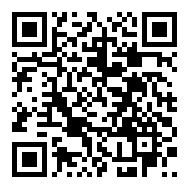 The report titled "US Agrochemical Market Outlook to 2025 – Increasing Usage of Integrated Pest Management Activities and Bio Pesticides to Drive Market Growth" by Ken Research concludes with future market projections on the basis of revenue (formulants and technicals) and sales volume (active ingredient demand), by product type, form, market structure and crop type and analyst recommendations highlighting opportunities and cautions for both existing as well as new players.

Future Prospects of Bio-Pesticides in the US: Biopesticides with potentially less risk to humans & the environment are expected to grow over long term. Within this context, discovery of new substances and research on formulation and delivery would boost commercialization and use of biopesticides. Also, research on integrating biological agents into common production systems is necessary. Over 200 biopesticide product types are sold in the US, compared to 60 analogous products in the European Union (EU) market. As opposed to conventional pesticide type, biopesticides are by their very nature are more harmful and are more specific to target pests. Nanotechnology could contribute to the development of less toxic biopesticides with favorable safety profiles and increased stability of active agents, enhanced activity on target pests, and increased adoption by farmers in the US.

Industry has witnessed companies engaging in commercializing bio-based chemicals from plant, mineral, bacteria & animal sources: Growing food demand has promoted agrochemical-based institutions to upgrade their product and further switch to greener alternatives by investing in research activities. The presence of global agrochemical players and continuous investment in new product development by these players is one of the key driving factors contributing towards regional growth. The US agrochemical market was observed in maturity alongside stringent regulations regarding the usage of various control approaches in the region are expected to restrict the use of some control methods. Biopesticides is one of the potential areas in which the country has made significant advancements.

Widespread adoption of herbicide-tolerant corn, especially Monsanto's glyphosate-tolerant gained traction: Majority of the pesticides in US used on corn are herbicides & over 95% of US corn acreage is treated at least once per growing season with pesticides; occasionally fields are treated twice. Increased glyphosate usage on corn has led to a decreased need for other herbicide active ingredients. Several companies are working towards developing new corn varieties with tolerances for different active ingredients, such as dicamba and glufosinate. However, insecticide and fungicide usage in corn are less significant than herbicide.

The report suggested that US Agrochemical Market is further expected to grow in future majorly due to entries of several foreign players have also contributed towards the same coupled with increasing usage of Bio pesticides in the US. The country's agro-chemical market is expected to register a positive six year CAGR of 2.3%, 1.6% and 0.4% in terms of revenue by formulants, revenue by technicals and pesticide active ingredient demand respectively during the forecast period 2019P-2025F.