Administering a plant vaccine can add an extra layer of protection 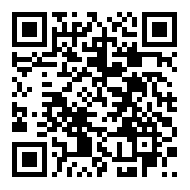 Around one hundred years ago, Louis Pasteur started developing vaccines against cholera and anthrax. However, few people know that in this period, scientists started to think about plant vaccines as well. The underlying idea is that the infection of a plant with a mild virus or viroid strain protects it from disease resulting from a subsequent encounter with a severe strain of the same virus.

“Although the immune response of a plant works much different from a human immune system, plant vaccinations do in fact form a promising new tool in the toolkit of crop protection, especially against viruses,” says Genevieve Marchand with Agriculture & Agri-Food Canada. During her talk at the Canadian Greenhouse Conference, she outlined the potential benefits and the rapid development of plant vaccines.  After all, vaccination for human diseases has led to the eradication of many infectious diseases, and scientists expect that plant vaccines may have similar beneficial effects.

For a grower to deliberately infect his crops with even a mild viroid strain is not a light decision, Genevieve realizes. For field crops, spreading to other hosts might be a concern. In that way, the virus could mutate and interact with another virus. “It takes a leap of faith for a grower to do that,” Genevieve explains.

In the Netherlands, growers have been using vaccines to protect their crops from Pepino mosaic virus. These vaccines have also been approved in France and Morocco. A mild and stable PepMV-isolate is introduced in the crop. This isolate quickly colonizes the plants and offers protection against PepMV damage.

In the past few years, two vaccines have been registered in Canada. They can be administered in various forms, although most are sold as sprays. “When we talk about prevention, the earlier the product is used, the better,” Genevieve says. “Also, the smaller the plant is, the easier it is to administer the product.”

However, Genevieve stresses that plant vaccines should be used in combination with other existing disease management protocols. After all, a combination of biosecurity protocols, avoidance, and genetic resistance is most effective against virus infections, as all of these measures fail to prevent infection for the full 100%. “For fungi, you can adapt the greenhouse climate to prevent infections, for instance. Also, crop protection works best against fungi and bacteria. Virus infections are harder to control as pathogens might eventually overcome the genetic resistant of plants. Administering a plant vaccine can add an extra layer of protection,” Genevieve concludes.