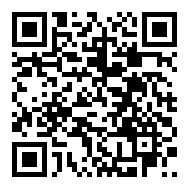 Succinate dehydrogenase inhibitors (SDHIs) are a class of fungicides widely used to control many fungal diseases of crops. The relationship between SDHIs and fungi can be compared to finding the right key for the right lock. However, fungi are adaptable and develop resistance to fungicides often by changing the lock so that the SDHI is no longer able to open the door. Because of this adaptability, it is important to understand the biological mechanisms of fungicide resistance.

A recent collaboration between scientists in Michigan and Massachusetts as well as South Korea resulted in the development of a novel and broadly applicable molecular assay that used a model fungus to investigate how plant fungal pathogens circumvent the bioactivity of SDHIs. In other words, to study the interactions between different locks and keys. Through this analysis, they were able to successfully validate known mechanisms of fungicide resistance in several agriculturally important fungal pathogens.

Of note, they were also able to provide insights into the question: "Can newer SDHI fungicides overcome existing resistance mutations?" Their answer? Not necessarily! "We showed that the efficacy of fungicides developed in recent years will be heavily dependent on the history of fungicide application in each particular field site," said Jingyu Peng, one of the researchers involved with this study.

Their assay and resulting study are unique compared to other studies that focus on a specific fungus. "The molecular assay we developed enables a holistic interrogation of fungicide resistance mechanisms in various pathogenic fungi," Peng explained. "We hope our study will have a positive impact on future fungicide design as our approach is very scalable and can be implemented as a part of the resistance risk assessment protocol for future industrial fungicide discovery."

For a more comprehensive understanding of fungicide resistance mechanisms and the details behind this research, read "A Method for the Examination of SDHI Fungicide Resistance Mechanisms in Phytopathogenic Fungi Using a Heterologous Expression System in Sclerotinia sclerotiorum" published in mid-April in Phytopathology Journal.