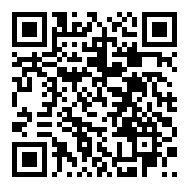 The cost of producing food will increase with the Chinese government expecting to limit the production and export of a crucial agricultural fertilizer.

China’s economic planning body, the National Development and Reform Commission (NDRC), is moving to limit the production and export of phosphates until the middle of next year.

Phosphorus is an important nutrient in the plant. Australian grain farmers use the granulated fertilizer when planting to establish crops.

The fertilizer is made from phosphate rock reserves, which are mainly mined in China, Morocco, Western Sahara, the United States and Russia.

Phosphate editor with fertilizer market publication Argus, Harry Minihan, said that US import duties on phosphates of Moroccan and Russian origin had caused the price of the product to double in the past year.

He said limiting its production and exports would serve China in two ways in this high price environment.

“The Chinese government wants to make sure there are enough products in the country for farmers, and they are also trying to reduce emissions.”

However, this will cause pain for other nations.

“China is the largest supplier of phosphate to Australia and if there is a restriction on exports, it will have a real significant impact on Australian buyers.”

Not a trade issue

While a phosphate shortage will increase costs for Australian farmers, Mr Minihan said restricting exports was not related to trade tensions between the two nations.

“This is also going to have serious effects on other major importers,” he said.

“It is not just Australia that is affected.

“India is the world’s largest DAP importer and they still have significant requirements for their winter rabies season.”

Australian grain farmers use the granulated phosphate fertilizer at planting to establish crops.

“Also from a glyphosate perspective, prices from China have more than doubled this year, and about 65 per cent of the globe’s glyphosate comes from China, and that represents a large share of Australian supplies.”

Sir. Lefroy said there was no reason to expect fertilizer prices to fall by next season.

Currently, urea and phosphorus fertilizers are trading on each side at $ 1,000 a ton, much higher than usual.

“We expect prices to remain high in 2022, putting farmers in a difficult position ahead of next season,” he said.