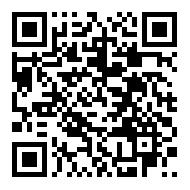 Agronomists, farm advisors and rural resellers can have further confidence in the effectiveness of Bayer’s new Mateno® Complete grass weed and broadleaf weed pre-emergent and early post-emergent herbicide set to be registered in time for the 2022 cropping season.

Aclonifen (Group 32) is mainly taken up by the hypocotyl of a weed seedling, when application is prior to weed emergence, and is active in the meristematic area (growing point), leading to bleaching and chlorosis of young shoots. This mode of uptake complements that of the other active ingredients, resulting in multiple weed uptake pathways that delivers reliable control across a range of weed growth stages.

In wheat, Mateno Complete can be used early post-emergence (EPE) to provide weed control across the complete soil surface profile, including in the furrow, on the furrow shoulder and in the inter-row, while an incorporated by sowing (IBS) use pattern also can be used in both wheat and barley. It offers flexible application rates for excellent control of annual ryegrass, barley grass, annual phalaris, silver grass and toad rush, suppression of wild oats and great brome, as well as control of wild radish, capeweed, doublegee/spiny emex and prickly lettuce broadleaf weeds.

He said extensive trials supporting its registration demonstrated that Mateno Complete would offer a valuable tool to growers, providing incremental improvements in weed control compared with existing products and further flexibility in their weed control programs. The Interactive Trial Assessment (ITA) is a process created and utilized by Bayer, in which trial attendees are invited to assess the performance of trial treatments.  This independent, anonymous data is then aggregated and reported back to attendees. This graph shows aggregated data from 469 participants across 33 trial sites.

Gus MacLennan, Market Development Agronomist with Bayer in New South Wales, said a herbicide controlling both grass weed and broadleaf weeds with its particular residual activity, as well as providing the benefits of a new mode of action, had not been seen before in the industry.

“The flexibility Mateno Complete offers in weed spectrum and use patterns is really unique and it’s also expected to be registered for use with disc seeders in wheat. Disc systems are rapidly increasing and there is a lack of registered herbicide options for growers to use with these seeders,’’ Gus said.

He said the majority of the company’s trials program in recent years had focused on Mateno Complete, culminating in more than 100 large area evaluation trials on farms across the country this season.

“It was predominantly a small plot program in previous years through to larger, 40 to 100-hectare trials on farms this season to pressure-test the herbicide under real life, commercial conditions.’’

He said Mateno Complete was a diverse and flexible product and, hence, the company had investigated a range of aspects from crop safety through to weed control efficacy.

“We have looked at different aspects and ensured thoroughness in our investigations. A big part of our program with Mateno Complete is towards ensuring a high level of crop safety in our reporting and final recommendations.’’

“We also have evaluated the herbicide with different machinery, including knife point/press wheel and disc sowing systems, through to assessing its weed spectrum control, activity on different herbicide resistant biotypes and the length of its residual control on various weed species.’’

Gus said the conclusion was that when applied EPE, Mateno Complete “sits head and shoulders’’ above many alternate herbicides – “by a fair margin’’.

“With EPE applications, we have seen residual control of grass and broadleaf weeds push further into the season, in some cases resulting in season-long weed control and a season-long solution.

“One of the best strategies in wheat has been to use a suitable pre-emergent herbicide with a different mode of action incorporated by sowing, and then to apply Mateno Complete EPE just after the one-leaf crop growth stage.’’

Craig White, Market Development Agronomist with Bayer in Western Australia (pictured above), said the patented synergy between the active ingredients in Mateno Complete was very powerful for grass weed and broadleaf weed control and this had been reflected consistently in the trials.

“This herbicide has been developed as a three-way combination of actives. It’s a synergistic co-formulation – not just the mixing of some actives to produce a result – and that synergism delivers greater control levels,’’ Craig said.

“Across all the trials, and including in different seasons, paddocks, soil types, stubbles, rotations, environments, rainfall patterns, with different machinery and for different weed spectrums, there has been an overall increase in the weed control percentage compared with alternate herbicides. It continues to deliver consistency of performance – and that generates a high level of confidence in Mateno Complete. And having high confidence in a product is a very important part of overall weed management programs and cropping systems.’’

He said when Mateno Complete was applied IBS in trials, it achieved similar grass weed control, including of barley grass, to the industry benchmark Sakura herbicide, however, when applied EPE following an effective pre-emergent herbicide, it improved the control by to 20pc while, at the same time, providing excellent broadleaf weed control.

Craig added that the extensive Mateno Complete trials over the last number of years also included thorough compatibility investigations and they had highlighted successful results in mixtures with a range of products in both IBS and EPE situations.

At Geraldton in WA, Nick Eyres, Elders, said the new herbicide would be welcomed considering the hard-to-manage weed spectrums in the State’s northern wheatbelt.

“We have some pretty awesome populations of ryegrass and radish, so coming up with a tool like Mateno Complete that can help us out in that regard is going to be very helpful,’’ Nick said.

would have a strong fit as an IBS or EPE option for growers.

“You could play the season a bit. If it’s a bit drier, you could go for the post-emergent application for grasses, but also pick up control of a good range of broadleaf weeds and that’s pretty exciting,’’ Angus said

At Naracoorte in South Australia, James Heffernan, Nutrien Naracoorte, said he was extremely excited with Mateno Complete after earlier being involved in some trial work with the product.

“It will be similar to Sakura for us in terms of a game changer for ryegrass control specifically in the high rainfall zone,’’ James said.

At Keith in SA, Scott Hutchings, Cox Rural, said Mateno Complete was the next product to really look forward to.

“Mateno Complete will have an excellent fit because it gives us the option of two timings within the crop and also gives us that extra resistance mode of action to work with,’’ Scott said.

Mateno® is a Registered Trademark of the Bayer Group.