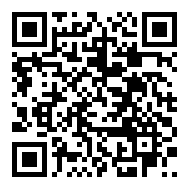 According to the Italian-Japanese company, the agrochemical will be available for the 2021-22 season.

José de Freitas, a professional in the company's market development department, said Vitene has the compounds, azoxystrobin and difenoconazole, as its active ingredients.

The product is a fungicide with systemic action belonging to the group, strobilurin and triazoles, with translaminar action featuring rapid penetration and distribution in treated areas.

According to the manufacturer, the new product can be successfully used on different cultures and is a relevant management tool for corn, cotton and beans.

According to Sipcam Nichino’s plans, Vitene will be its fourth release this year. “The line of fungicides based on Sipcam Nichino will receive a boost, due to the demands of producers of these three crops. We will have an even more robust portfolio that will include cutting-edge products, such as Fezan Gold and Echo, among others, which are strongly perceived by technological attributes and performance delivered to the production chain,” assesses Freitas.