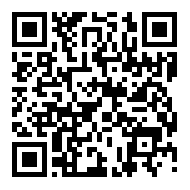 Chemicals giant BASF has become the latest to curtail certain fertilisers production capacity, due to the ‘extremely challenging’ economics at the hands of high natural gas prices.

The company has curtailed ammonia production at both its Antwerp and Ludwigshafen plants in Belgium and Germany.

“Due to the recent rise on natural gas prices in Europe, the economics for operating an ammonia plant in the region has become extremely challenging,” the company said in a statement. “As a result, BASF has curtailed its ammonia production at its production sites in Antwerp and Ludwigshafen.”

The announcement is the latest in a long line of fertiliser plant closures and capacity reductions as the sector struggles with negative margins as a result of soaring natural gas pricing.

Of the plant closures to date, we know that:

Production curtailments were expected to be announced in Ukraine; at least one plant closure in Ukraine was subsequently confirmed, with OPZ taking the decision on 18th September to shut one ammonia line and two urea lines.

European fertiliser producer Borealis AG announced in the last week that it too is now reducing its output and will continue to analyse the situation across its sites.

In almost all of these instances, either an end-of-year timeline or no estimate at all has been given for the resumption of these plants.

All of which is having a knock-on effect on the carbon dioxide (CO2) business in the region, with ammonia production a significant feedstock for the manufacture of CO2.

Sustained high natural gas prices are the unknown element in this crisis. At the time of writing, there are still warnings from various analysts and commentators that such elevated prices could remain in play for some time to come.

Europe is in the midst of an extreme squeeze on energy supplies, as a combination of depleted (natural) gas reserves and even low levels of wind – and a lower contribution of renewable wind power as a result – place pressure on the grid.

The race is on to restore gas reserves ahead of the colder, harsher winter months, and there have even been reports of a clamour for LNG shipments globally as the Asia region experienced some unseasonably colder periods. Against this backdrop, gas and power prices have been soaring on a daily basis and making for major headlines on the business news wires.

Some estimates suggest prices had risen as much as 250% since January, and 70% in the month of August alone.