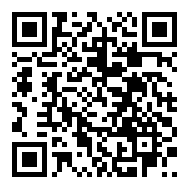 EFSA and the European Chemicals Agency (ECHA) have started parallel consultations on the initial scientific evaluations of glyphosate. The consultations will run for 60 days and all interested parties are encouraged to contribute.

In the parallel consultations, EFSA will gather feedback on the Renewal Assessment Report on glyphosate. ECHA’s consultation is on the Harmonised Classification and Labelling report.

The initial scientific evaluations put out for consultation today were both prepared by the Assessment Group on Glyphosate (AGG), which comprises national competent authorities in France, Hungary, the Netherlands and Sweden.

EFSA and ECHA strive for transparency and to bring citizens and stakeholders as close to the Agencies’ work as possible. All interested parties are encouraged to contribute to the consultations by submitting relevant comments or scientific information and data. The consultations will remain open for 60 days and all comments will be published after their closure on the two Agencies’ websites.

After the consultations, each Agency will collate the comments relevant for their respective process.  For the harmonised classification process, the Assessment Group on Glyphosate and ECHA’s Committee for Risk Assessment (RAC) will consider the comments and data submitted.  These considerations will be taken forward when RAC develops its opinion on the classification of glyphosate under the Classification, Labelling and Packaging (CLP) Regulation.

The classification of chemicals is based solely on the hazardous properties of a substance and does not take into account the use or likelihood of exposure to the substance. Exposure is considered as part of the risk assessment of pesticide active substances, a process led by EFSA.

Glyphosate currently has a harmonised classification as causing serious eye damage and as toxic to aquatic life with long-lasting effects, prior to and following the assessment by ECHA in 2017. Classification for germ cell mutagenicity, carcinogenicity or reproductive toxicity was not considered to be warranted. The initial scientific evaluation from the AGG does not recommend a change to the existing classification.

EFSA will take the outcome of the ECHA’s RAC opinion on the classification of glyphosate into account in its peer review and is expected to finalise its work in the second half of 2022. The European Commission, together with risk managers from the 27 EU Member States, will then decide whether to renew the approval of glyphosate for use in the EU.

Glyphosate is a chemical that is widely used in plant protection products (PPPs). Glyphosate-based PPPs – i.e. formulations containing glyphosate, co-formulants and other chemicals – are mainly used in agriculture and horticulture to control weeds that compete with cultivated crops.

The European Commission granted a five-year approval for glyphosate in 2017. It is currently approved for use in the EU until 15 December 2022. This means it can be used as an active substance in PPPs until that date, subject to each product being authorised by national competent authorities in the individual EU Member States following a safety evaluation.