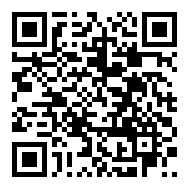 Australia is ramping up biosecurity for an incurable disease that has crippled citrus-producing regions around the world and is posing a growing threat to the local industry.

"I've been working on citrus diseases for 21 years now, and this is the worst," said citrus pathologist Dr Nerida Donovan, who is part of a team trying to keep the disease out of Australia while also preparing for its arrival.

"It is marching across the globe, and it's getting closer to our shores in the countries to our north."

"So it's in Timor-Leste. It's in Indonesia. It's in the corner of PNG." Citrus pathologist Dr Nerida Donovan is part of a team trying to keep the disease out of Australia.(Landline: Kerry Staight)

Florida in the United States has been one of the worst-hit regions.

What is Huanglongbing (HLB)?

HLB is a bacterial disease that originated in China and is largely spread by insects called citrus psyllids.

It shows itself in several ways, from uneven, yellow, blotchy marks and raised veins on leaves to misshapen and sour fruit.

"Pre-greening, you could easily see a grove that was between 50 and 100 years old," said Kyle Story.

"Today, most people plant an orange grove with a lifespan of 20 to 30 years." While Kyle Story and his team have learned to adapt management of their infected trees to get the best out of them and stay in business, local growers say Australia must do everything to keep the disease out.

"It was scary what I saw in Florida," said Riverland grower Ryan Arnold.

"It just looked like an orchard in Australia that we'd be pushing it out and starting again, and they were trying to live with that and get some production out of it."

"I didn't want my beautiful green trees looking like that." The Asian citrus psyllid, at just 3-4mm long, poses a massive problem for healthy citrus orchards across the globe.(creative commons)

To protect Australian growers' trees, the citrus industry is ramping up surveillance for the bacteria-spreading bugs, in particular the Asian citrus psyllid.

As part of a new biosecurity program dubbed "citrus watch" about 1,000 sticky traps are distributed each year.

The traps are sent to vulnerable urban areas as well as commercial citrus properties because it's not just fruit trees the psyllids are attracted to.

They're fans of murraya, a common hedge plant also known as orange jasmine.

"In most countries where they've found the disease and the psyllid, it's been found in the urban areas first," said Nerida Donovan

"So that's why our biosecurity system is so important and educating people not to bring in plant material from other countries." If the disease does spread to Australia, there's another safeguard.

At Dareton, in the far west of NSW, there's a bank of every commercial citrus variety grown in the country.

These mother trees are tested for disease annually and are used to produce budwood for commercial nurseries.

They're also protected from citrus psyllids by a giant screen.

"The facility has been built to grow around a million buds per year," said manager Tim Herrmann.

"We've got plans in place to double that to about two million buds per year, which we predict will be enough to get the industry through an incursion." Mother trees are tested for disease annually and are used to produce budwood for commercial nurseries.(Landline)

One of the biggest challenges with HLB is there's no cure.

Growers in the US have been using antibiotics and heat treatments to try and slow the reproductive cycle of the psyllid.

"We do actively, and have for the last 15 plus years, tried to control the Asian citrus psyllid, but we have not had a tremendous amount of success," said Mr Story.

Could finger limes be the answer?

In a surprise twist, with a decidedly Australian flavour, a promising new treatment is being developed.

Researchers at the University of California in Riverside have discovered a peptide in native finger limes that attacks the bacteria and protects healthy plants. Researchers have discovered a peptide in native finger limes that attacks the bacteria and protects healthy plants.(ABC Rural: Jennifer Nichols)

"Our data show that our antimicrobial peptide is much more effective than those antibiotics," said lead researcher Hailing Jin.

"We can use a much less concentration and that can kill bacteria much faster."

After successful greenhouse trials, the new treatment is now being tested in the field by the University of Florida. Florida University has been conducting field trials of finger lime peptides to combat the disease.(Landline)

"There is a very long history of things looking pretty good in a greenhouse and failing in the field," said Dr Megan Dewdney, who is running the trials over a couple of years.

"I have high hopes that this one will not, but one never knows."