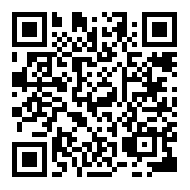 Argentina’s National Agricultural Technology Institute (INTA) and the Inter-American Institute for Cooperation on Agriculture (IICA) have established a regional agtech network with the goal to create a space for connection, collaboration and collective construction to contribute to the emergence and development of high-impact innovative solutions for agriculture.

The Inter-American AgTech Network was created by the two institutes by means of a technical cooperation agreement signed by Susana Mirassou, president of INTA, and Manuel Otero, director general of IICA. The agreement proposes the creation of a public-private work agenda aimed at addressing the challenges and opportunities surrounding a subject that is central to the present and future of the agrifood systems.

INTA is the state-run research agency for agriculture in Argentina. Since its foundation in 1956, it is focused on innovation as the engine of development and promotes cooperation to generate knowledge and technology. It has a 60-year history of collaboration with IICA, which is working actively to expand digital agriculture and its many benefits in Latin America and the Caribbean, a region where the process is still incipient.

“We are experiencing an accelerated digitalization process, which has quickened due to the pandemic and the drastic changes it has brought,” said Mirassou. “Digital technologies have proven to be essential for the functioning of society and the economy. In the agrifood sector, we are facing serious challenges that we could tackle better if we strengthen digitalization through infrastructure, connectivity and skills building.”

Over 140 agtech startups have been created in recent years according to data from the Ministry of Agriculture, Livestock and Fisheries.

According to Otero, the agreement reinforces the historic ties between INTA and IICA that should be projected into the future. “We are the only continent that has reached a consensus for the upcoming UN Food Systems Summit based on 16 messages,” he said. “One of them refers to the need to accelerate agricultural digitalization, which will make a decisive contribution to achieving the Sustainable Development Goals (SDG).”

Federico Villarreal, IICA’s director of technical cooperation, maintains that agricultural digitalization offers major opportunities but also a number of challenges in terms of strengthening and improving the agrifood systems.

“The level of digitalization in the hemisphere is still low and unequal, but has begun to accelerate, in part due to the Covid-19 pandemic and in part due to the force of reality,” he noted. “The process should be dynamic and inclusive. We trust that the network will strengthen the topic’s position on the agenda, drive the digitalization of state services associated with agriculture and food, generate meeting and working spaces, and promote collaboration among the startups of the sector.”