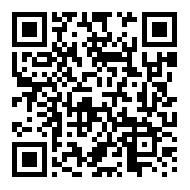 −− Bayer donates $500,000 to relief efforts for communities affected by the storm

The 150-mile-per-hour winds of Hurricane Ida caused extensive initial damage as it made landfall in the Gulf Coast region and then left a trail of flooding and destruction – especially in the Northeastern United States – as the storm system marched across the country in late August.

With millions affected by the destructive force of this storm, including thousands of Bayer employees and their families in Lousiana, Pennsylvania and New Jersey, Bayer announced on September 13 it would donate $500,000 to relief efforts for people and communities affected by the storm.

“Hurricane Ida and the aftereffects of the storm impacted millions of people across the United States,” said Patrick Lockwood-Taylor, President of Bayer U.S. “Our hearts go out to all of those impacted in these communities that we call home too.” Lockwood-Taylor added, “We’re proud to do our part in helping to aid these communities in their long road to recovery after Hurricane Ida.”

The donation from Bayer will go to disaster relief funds and food banks which are focused on providing immediate relief from the storm in the greater New Orleans region and the Northeast.

In the hard-hit New Orleans area, home to our Luling glyphosate production plant, Bayer’s initial focus was on meeting the needs of its employees and partners in the region.

“We have more than 1,000 employees and partners that call Luling home,” said Paul Nagy, Luling site manager. “Our initial focus was to make sure they had shelter, water, food, electricity and basic supplies to help them and their families. Now that we know they are safe and can meet their basic needs, we can focus our attention on returning the Luling plant to production.” Nagy adds, “Although the site sustained some damage, considering Ida’s strength, the site fared well overall and we hope to be able to restart production within weeks.”

While the site remains idled as teams make repairs to the site and await the restoration of power and other infrastructure services in the region, the company is encouraged by the daily progress of both Bayer teams on site, and the external teams restoring vital infrastructure in the region.

In the Northeast, while Bayer facilities in Whippany and Morristown, NJ; Myerstown, Indianola and Pittsburgh, PA saw significant nearby flooding, those facilities remained operational. Fortunately, in all communities affected by Ida, Bayer employees are safe and accounted for.

“We’re thankful none of our colleagues lost their lives in the hurricane, and our hearts go out to the many people who suffered in its path,” said Lockwood-Taylor. “Bayer has long been a member of each of these communities, and we’re proud to support our employees, and the region during this time of rebuilding.”

With focus areas in agriculture, consumer health and pharmaceuticals, Bayer U.S. has more than 20,000 employees in the United States focused on using science to help achieve the company’s vision of health for all and hunger for none.