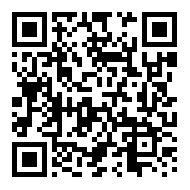 When white-fluffy balls held by shrubby plants started to disappear from farms in Kenya's eastern lowlands almost three decades ago, so did processors, cooperatives alongside other key value chain actors who had kept the wheels of the cotton industry turning.

As time progressed, the scenario would extend to the rest of the 24 cotton-growing regions in the country, rendering farmers destitute amid lost income.

Fortunately, despite the previous sorry state of affairs, the white cash crop is looking to reclaim its position among Kenya's top foreign exchange earners thanks to sustained efforts to scale up the adoption of improved varieties.

"I am currently growing the new hybrid seed made available by the government last year. It is high yielding and fast-maturing, better than the conventional HART 89 variety," said Milton Katia, a veteran cotton farmer.

Farmers hailed the rollout of new certified seeds to replace the long-standing conventional seed in the past year even as they anticipate the end of misfortunes that had bedeviled the cotton sub-sector for decades.

The government in 2019 approved the commercial cultivation of genetically modified cotton, after recording positive results from field trials carried out within five years.

The new varieties are envisioned to stimulate the dormant textile and apparel industry in addition to contributing to growth of the local manufacturing sector. The average production of cotton is also forecast to climb up from 20,000 bales (about 4,340 metric tons) per year to around 200,000 bales.

The improved seeds are costing farmers like Katia less in terms of farm inputs, making the trade attractive again. "With the old seed, I would need to spray more than ten times to protect the plant but the hybrid cuts that down to just 3-4 sprays saving me on farm inputs," said Katia.

During his last harvest around August, Katia attained 30 bags of cotton each weighing 35 kg on a tract of 0.41 hectare on his farm. He affirmed that the yield was a great improvement from what he normally received from the non-Bt hybrid.

The farmer said that the crop is indispensable to farmers in the region due to its ecological ability to endure hot weather conditions.

Peter King'oo, manager of a ginnery in southeastern Kenyan county of Makueni, said the new cotton varieties will steer the sector toward a profitable path. He commended the government's efforts geared toward reviving cotton growth but noted that more needs to be done to realize the full potential of the industry.

"To ensure the industry remains robust, the government needs to guarantee farmers favorable prices, in addition to engaging farmers on good pesticide practices. For instance, some cotton Bt farmers assume the plant should not be sprayed at all," said Kingo'oo.

The genetically modified seed has been improved with BT (Bacillus thuringiensis) gene to provide inherent resistance to a damaging caterpillar pest popularly known as bollworm. African bollworm has been unanimously identified as the biggest headache for cotton farmers.

The cotton supply chain started experiencing difficulties around 1990 when trade was liberalized rendering the agency tasked with cotton management ineffective. Since then, farmers have been grappling with poor seeds, low prices, and chronic pest attacks, while ginneries have been running with obsolete machines and insufficient material to match operation capacity.