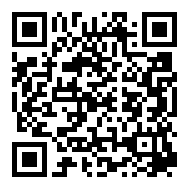 The U.S. Environmental Protection Agency is asking chemical producers to provide more information regarding adverse effects caused by dicamba in 2021, saying it is concerned about reports that the companies aren’t being forthright about damage caused by the controversial weedkiller.

The federal agency, in letters sent Thursday, said it is “extremely concerned about these reports and is taking steps to better understand the nature and severity of these incidents in order to assess the sufficiency of the mitigations in the 2020 decision and, as necessary, take appropriate regulatory action.”

The letters were sent to Bayer, BASF, Corteva Agriscience and Syngenta, each of which has federally registered versions of dicamba. Bayer spokesman Kyel Richard said in an email that it “routinely provides information to EPA” about its products.

“This is a matter both of EPA’s routine regulatory oversight and also in the spirit of ongoing cooperation,” Richard said.

Corteva said it no longer sells dicamba products as of February. BASF and Syngenta did not provide comments.

The EPA is also asking for information from companies about tank mixes — which is when a herbicide is mixed with other herbicides in a sprayer and then applied — that are more likely to cause harm. Dicamba is much more likely to move off target when it is applied with glyphosate, the active ingredient in Roundup and most common tank mix, according to documents presented in the lawsuit.