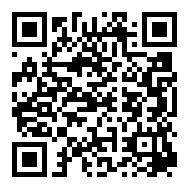 Could a new threat to cereal production be emerging in Europe?

Researchers in Japan identify genes to help crops against flooding The government of the Brazilian state of São Paulo announced a partnership between the Biological Institute (IB-APTA) and the Canadian multinational Lallemand Plant Care to develop new biotechnology.

It is a bionematicide for the control of root-knot nematodes (Meloidogyne spp.) and cyst (Heterodera glycines).

Called LALNIX RESIST, the bionematicide is based on the Trichoderma fungus and is scheduled for release later this year. “The use of Trichoderma is a natural alternative to combat nematodes, as the chemical products cannot be highly effective in this combat. As nematodes are soil worms, control is difficult,” explained Ricardo Harakava, a researcher at the IB.

The differential of the IB's Trichoderma collection is that the isolates underwent tests to verify whether they promote disease control and act on plant growth, in addition to having been subjected to molecular identification by DNA sequencing.

Fungi of the Trichoderma genus show fast growth and can be used in various types of industry and, more recently, in agricultural production, such as soybeans, sugarcane, cotton, and vegetables, among others. They control diseases caused by soil fungi, which infect the roots, the base of the stems, and the vascular system of plants, causing rot and wilt.

The use of Trichoderma in crops also brings other benefits, in addition to the control of nematodes, associated with plant growth and productivity, especially when applied to soils considered poor in nutrients. According to the IB researcher, by improving the development of roots and the solubilization of minerals, these fungi end up providing better use of water by plants and greater absorption of nutrients.

Organic acids and other metabolites produced by Trichoderma contribute to the solubilization of phosphates, micronutrients, and other minerals such as iron, manganese, copper, and zinc. Furthermore, as they participate in the decomposition of organic matter in the soil, they increase the number of nutrients that can be absorbed by the roots. Some strains even produce a plant growth hormone.

“But it is important to remember that the effect of Trichoderma on productivity varies according to the cultivated plant and the lineage introduced, as well as the cultural practices adopted by the producer, which may or may not favor the growth and survival of the fungus in the place,” Harakava said.

The General Director of the IB, Ana Eugênia de Carvalho Campos, said, “The licensing will guarantee the earnings of royalties for the institution, and that it will be reverted to new research, which is very interesting.”

Fernando Urban, CEO of Lallemand Plant Care in Brazil, highlighted the fact that his company has “more than 100 years of know-how in microorganisms and has always excelled in partnerships with research institutions such as the IB, as we understand that they are fundamental for the evolution and delivery of innovations to the market, for the advancement of science and the continuous improvement of those involved. LALNIX RESIST, the result of this partnership, will be a very valuable tool for the management of nematodes, endorsing the importance of biologicals for responsible agriculture.”