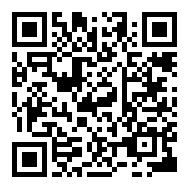 Four years ago, a few farmers died due to accidental inhalation of pesticides while spraying on their crops in Maharashtra. Most of them hailed from the Yavatmal district.

Police records obtained under the Rights to Information Act revealed that 22 farmers lost their lives that year and over 300 were affected by pesticide poisoning.

“One of the key issues that led to the unfortunate pesticide exposure incident in 2017 in Yavatmal was the indiscriminate mixing of chemicals and lack of adequate precautions while spraying pesticide on the crops,” says KC Ravi, Chief Sustainability Officer, Syngenta India, an arm of Switzerland-based agricultural science and technology major Syngenta.

The problem arose because growers cultivated illegal genetically modified (GM) cotton, and workers spraying pesticides on the farms did not take adequate precautions. The issue was aggravated by an erratic monsoon that was followed by pest attacks.

According to Ravi, the cotton plants grew to unusual heights, and the farmworkers did not use personal protection equipment (PPE) kits, including gloves and masks, to spray the pesticides. “Also, doctors were not able to diagnose and treat the affected,” he says.

It is here that Syngenta got into the act, by first trying to find out how to help the Yavatmal district administration. “We started a mobile clinic to treat those exposed to pesticide,” says Ravi.

Then, the Indian arm of the Swiss farm began an awareness programme for doctors by bringing in a toxicologist. The firm also began making available personal protection equipment (PPE) kits for those spraying pesticides.

Syngenta then went about plugging the loopholes in pesticide spraying by first training farmers. “It is an important strategy to train and counsel the farmers. The Syngenta team spends 15 minutes at the beginning of every farmer meeting to train the growers on safe use practice,” Ravi says.

Syngenta has come up with five golden rules, including understanding the product, exercising caution and using appropriate PPE kits, for safe use of crop protection methods, besides a safe spraying initiative. Now, it has launched an initiative to train 10,000 farmers under its Inculcating Safety Awareness for Farmer Empowerment (I-SAFE) programme.

“I-SAFE is a first-of-its-kind initiative to instil among Yavatmal farmer’s awareness on health and safety and equipping them with tools and techniques,” he says.

A part of the I-SAFE programme is a Spraymen Entrepreneur programme. “We began a professional agri entrepreneurship programme to prepare professional spraymen, who offer their services to farmers for spraying,” the Syngenta official said.

According to Aashish Umeshrao Moghe, a Yavatmal farmer who has received safe spraying training, growers are now explained the benefits of wearing gloves, goggles and other safety gear as part of the PPE kit and saving lives.

Syngenta’s initiative has been going on for the last four years in Mangrul village of Yavatmal and Akshay Prakash Lonkar, a resident, says there is a rise in the number of protective kits being used by farmers.

The launch of the I-SAFE programme has now seen Syngenta being designated as the nodal agency in Yavatmal and Osmanabad districts to ensure the safe spraying of pesticides. Over the last three years, “we have ensured that there are zero fatalities working with district administrations,” says Ravi.

Syngenta, which has covered 7.48 million growers, including 2.5 small farm holders, between 2014 to 2019, has provided intensive training to quite a few farmers and spray men, who in turn are training others. Based on its project’s success, the Maharashtra government has asked the firm to share its experience with administrative officials of other districts.

The Swiss firm’s Indian arm has set up a model cotton farm and launched a “Gulabi” campaign to tackle the pink bollworm pest in the crop. “We have trained farmers in proper farming methods, including setting up pheromone traps to weed out the pests. We are sharing our best experiences with them,” says Ravi.

Ramesh Seshrav Gujjalwar, who has benefitted from the PPE kits and training, says some growers like him used to chew tobacco or be intoxicated while spraying pesticide unprotected. “We now have understood the importance of protection while spraying and the kits protect us from all such harms,” he says.

Today, Syngenta’s I-SAFE programme has become a safe spraying initiative in rural regions. It is helping farmers reduce the risks of exposure through awareness training and distribution of PPE kits in collaboration with Gramin Samasya Mukti Trust.