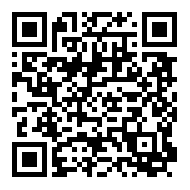 Every year between 2004 and 2013, swathes of cabbage grown in fields and greenhouses across New York were attacked by a lethal bacteria that severely wilted the leaves, sometimes making the vegetables appear scorched.

During winter in Turkey between 2004 and 2006, patches of cabbage, broccoli and Brussels sprout were found rotten and withered.

For over a century, little was known about this untreatable plant epidemic called black rot, which threatens food security worldwide. Black rot disease on a cabbage.PHOTO: SUSAN B. SCHEUFELE

But a group of scientists in Singapore have, for the first time, identified how this "crop killer" bacteria hijacks plants at the molecular level and cripple their immune system.

"For some of the devastating disease in agriculture, the whole field has to be burnt," he said.

"And during the pre-harvesting stage, if the bacteria is hidden inside batches of squash, and if you open them up to see black rot, those vegetables lead to big losses for the farmer."

The surface of plant cells contains substances that activate an immune response against diseases.

But the toxic proteins form a sticky network, adhering to the cell surface and hijacking the plant's defence mechanisms.

Building on this discovery, the NTU scientists are creating a "toolkit" that outlines the new mechanism, so that plant biologists can work with it to make crops bacteria-resistant.

They can, for instance, use new technology or methods to create bacteria-resistant plants that would fend off the black rot pathogen.

"We hope it can lead to new solutions without genetic modification," Prof Miao added.

In recent years, Singapore has been setting up urban farms to boost its food security.

Although cruciferous vegetables such as broccoli and cabbage are more susceptible to black rot, the bacteria can also infect leafy greens grown in Singapore.

Dr Godge noted there have been reports of black rot infection in produce grown domestically, such as bok choy, kai lan, choy sum, lettuce and kale.

"However, the economic impact of black rot in these leafy vegetables has not been well documented in Singapore," added Dr Godge.

Moreover, the warm and wet weather here is ideal for the Xanthomonas bacteria to thrive.

Such bacteria, or related ones, are found in grass or fields. They can spread through various ways including rain and wind.

"Singapore has very diverse species of plants, and some plants can be favourable for such bacteria. But research and surveys on this are limited," said Prof Miao.

Although produce is mainly grown indoors and in high-tech farms in Singapore, the bacteria could enter enclosed farms through air exchange or when workers unknowingly bring it in.

"Indoor farms present less opportunity for infection, but once it happens, the bacteria is trapped in the room and can accumulate," cautioned Prof Miao.