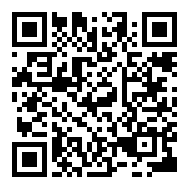 The company, in which Canadian pension investment manager PSP has a minority stake, currently has debt of about 1.6 billion euros.

CEO Hans Joachim Mueller told Reuters on Monday that Azelis could not have the leverage as a public company that it could under private equity ownership but that this was not the only reason for wanting to raise new funds.

“We will be an active M&A consolidator,” he said. Azelis has made 21 acquisitions in the past three years.

Created through the 2001 merger of Italy’s Novorchem and Arnaud in France, Azelis is a speciality developer of formulations, such as for the multiple ingredients that could go into a skin cream.

Its nearly 2,800 employees in 56 countries work on products in food, home and personal care, agriculture as well as industrial chemicals.

Azelis says it is the second largest pure player in this market with a share of some 2%. The largest is Amsterdam-listed IMCD.

The market for initial public offerings (IPOs) has exploded in 2021 on pent up demand, soaring stock market prices and with investors awash with cash.

European stock market listings hit $43.19 billion in the first half of the year, according to Refinitiv data, the highest since 2007.

While the first half of 2021 was dominated by tech listings, with investors keen to diversify their portfolios towards growth sectors, bankers told Reuters that they expect a wider range of sectors to be represented for the rest of the year.

Azelis is one of the most substantial IPOs expected this year from a “traditional” sector, with others include Daimler’s expected spin-off of its trucks unit and British life sciences company Oxford Nanopore.

Azelis did not give a date for its public listing. The offering is also expected to include a secondary component from existing shareholders, the Antwerp-based company said.