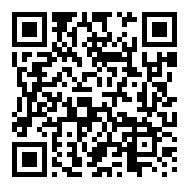 In their battle against dry root rot (DRR) of chickpea, a devastating fungal disease emerging as a major threat in India, researchers at ICRISAT have recently zeroed in on a few promising set of genes that play a key role in the plant’s defense. The team led by Dr Mamta Sharma, who in their previous findings had affirmed the role of abiotic stresses in DRR incidence, have now explained the phenomenon at the molecular level. The team has found the involvement of endochitinase and PR-3-type chitinase (CHI III) genes in delaying the progression of DRR.

DRR is caused by Rhizoctonia bataticola, a soil-borne fungus that kills plant tissues and uses the dead matter to sustain itself. Such pathogens are termed necrotrophic. R bataticola is known to infect a wide range of plant species. While Fusarium wilt in chickpea has traditionally been the concern of plant health experts, DRR has emerged over the past decade as a major threat in the heart of India’s chickpea producing regions – the central and southern states. Image on the left shows DRR damage in a field (yellowed plants are affected) while image on the right shows how the fungus affects the plants. Pictures: Devashish Chobe, ICRISAT

If the climate supports it, DRR can cause up to 75% yield loss in chickpea. Its incidence in Madhya Pradesh, India’s biggest chickpea producing state, ranges from 5% to 35%. “Changing climatic conditions bring changes to plant-pathogen interactions, which may either work in the plant’s favor or work against it. We are seeing that with rising average temperature and changes to the rainfall patterns, DRR has emerged as a major concern for chickpea farming in India,” Dr Sharma, a Principal Scientist who leads the Precision Phenotyping Cluster at ICRISAT, said while explaining the rationale behind the long-term study being conducted in collaboration with the research institutions of the Indian Council of Agricultural Research (ICAR). Dr Sharma is the coordinator of the Center of Excellence on Climate Change Research for Plant Protection at ICRISAT where the study is being done.

In the most recent experiment, the findings of which were published in Frontiers in Plant Science, researchers underscored the importance of testing responses to multiple stresses in tandem. They studied DRR susceptibility in two cultivars (BG 212 and JG 11) in high soil moisture and low temperature conditions as well as in low soil moisture and high temperature conditions. The disease susceptibility was higher in the second set of conditions. They then proceeded to studied the differential gene expression of several stress-responsive genes in chickpea.

“The significant overexpression of genes encoding for the enzymes endochitinase and PR-3-type chitinase implicated their role in the plant’s defense mechanism. We found these genes very active in the early stages of the disease, particularly under low soil moisture conditions, and have concluded that they contribute to delaying the progression,” said the study’s first author Mr Sharath Chandran, a Senior Research Fellow at ICRISAT.

The authors hope their emerging insights into chickpea’s DRR defense mechanisms will pave way for future research towards development of management strategies that prevents this disease from assuming epidemic proportions.

For now, the findings of the study make a strong case for irrigating chickpea fields during the crucial flowering and pod development stages to arrest the progress of DRR post infection in order to mitigate severity and crop loss.