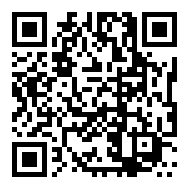 Sollio Agriculture, the agribusiness division of 100-year-old Sollio Cooperative Group, along with partners from its retail networks and Pursell, a leading coating technology innovator based in Sylacauga, AL, recently announced that they are forming a joint venture to build and operate a fertilizer coating plant in St. Thomas, ON dedicated to the production of advanced controlled-release fertilizers (CRFs). The project represents an investment over $20 million CAN.

The new plant will break ground in the fall of 2021 and is expected to become operational in August of 2022. It will produce CRFs leveraging Pursell’s innovative coating materials and proprietary processing techniques, as well its patented technology that enables the addition of micronutrients and temperature-sensitive additives, such as biologicals, growth enhancers and soil health promoters. These controlled-release coatings improve the uptake of nutrients by plants, with the potential to significantly improve yield and quality while lowering greenhouse gas emissions from volatilization and reducing the risk of nutrient leaching and runoff.

“This partnership was made possible by the participation of many member cooperatives and retail joint ventures from our distribution networks across Eastern Canada. This collaborative effort with our retailers makes this innovative technology that has great potential for the farmers we serve widely available,” stated Sollio Cooperative Group’s President Ghislain Gervais.

“We are delighted to be joining forces with Pursell to make the numerous economic and environmental benefits of its CRF technology available to Canadian farmers,” said Sollio Agriculture Chief Executive Officer Casper Kaastra. “Local manufacturing reduces logistics expense to customers, provides ability to offer previously unavailable CRF products to this market and supports nutrient stewardship initiatives associated with the use of fertilizer products,” added Kaastra.

Pursell, which opened its flagship fertilizer coating plant in Sylacauga, Alabama in early 2018 has also initiated plans to open an additional plant in Savannah, Ga. “Partnering with members of Sollio Cooperative Group to build a plant in St. Thomas is ideal. It’s located in close proximity to substrate and material suppliers and creates opportunities for retailers in the region to address the diverse nutrition needs of their customers in a predictable, prescriptive and profitable way,” said Nick Adamchak, Pursell CEO. “This first license of the Pursell Technology outside of the U.S. also enables us to move forward in further international licensing opportunities with our partners at Stamicarbon.”

Historically, CRF products have been difficult to access for commodity agricultural crops such as corn, wheat, canola, or potatoes, and have been used primarily in turf and ornamental and specialty agriculture in the region. Pursell’s coating innovation and technology, coupled with local manufacturing of products, make widespread adoption of CRF into the commodity agriculture market economically and environmentally feasible. “The establishment of our St. Thomas plant gives growers in eastern Canada and the northeastern U.S. access to controlled-release nitrogen, phosphate and potash fertilizers, as well as customized plant nutrition options,” noted Adamchak.

The St. Thomas plant will produce upwards of 100,000 tonnes once full capacity has been reached. According to the International Fertilizer Association (IFA), the use of CRFs could reduce by 20–30% the recommended rate of a conventional fertilizer while achieving the same yield. CRFs provide a more predictable, precise release curve, so growers can time when plants receive nutrients. Growers using CRFs can also enjoy cost savings from being able to reduce fertilizer applications, add more micronutrients and improve overall plant and soil health.

“We have tested CRFs at our crop production research farm over four years and found that a preplant application of urea coated with Pursell’s new technology significantly increased corn yield and profitability,” explained Sollio Agriculture Crop Management Researcher Lucie Kablan, Ph.D., agr. “We are also conducting promising trials on coated phosphorus and muriate of potash and have partnered with McGill University to evaluate the environmental benefits of CRFs in terms of greenhouse gas emissions. This will provide useful data to make recommendations to Canadian farmers,” she added.