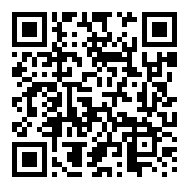 BASF launches Axalion™ Active in Australia, with other markets to follow

- PORTENTO® is a biological fungicide based on a new-generation strain of Bacillus subtilis IAB/BS03 and registration number ES-01308.

- The good results obtained in France, where the product was launched last year, have led to its launch in Spain.

- It has preventive and curative action against Venturia in pome fruit trees, powdery mildew in edible cucurbits in greenhouses and Mildew in lettuce and similar outdoors, serving the cultivation an armor without generating resistance.

Idai Nature, part of Rovensa Group since 2018, launches Portento, a phytosanitary product based on a new generation strain of Bacillus subtilis, into the Spanish market. This strain, which exhibits several modes of action, has a curative effect derived from the release of antimicrobial metabolites with direct fungicidal action. PORTENTO® is capable of rapidly generating large quantities of these compounds to effectively destroy the cell membranes of phytopathogenic fungi.

Moreover, PORTENTO® acts preventively by inducing systemic acquired resistance (ISR/SAR) that protects the crop from subsequent diseases, as well as by competing for space and nutrients with pathogens, thus hindering their development.

Differentiation in the market

The differentiation of PORTENTO® from other products in its segment is due to its high tolerance to abiotic stress conditions, being able to develop in unfavourable conditions of temperature, pH, salinity or drought, thus increasing its capacity for success and facilitating its application for the farmer.  In addition, it stands out for being compatible with 95% of copper and sulphur-based products, which allows it to be integrated with different combined strategies.

Bacillus subtilis strain IAB/BS03 is a new generation strain with a higher fungicidal capacity than other strains and other types of Bacillus. This is due to the optimal balance of the 3 main secondary metabolites (Iturin, Fengycin and Surfactin). This balance provides it with greater fungicidal capacity.

Another important characteristic of the PORTENTO® strain is its high growth rate, as it reaches its peak development rapidly (24 h after application). It should be emphasized that the PORTENTO® strain has been evaluated and found to be at least 300 times more effective than other commercially available strains of B. subtilis, thus reducing the application doses required.

The result is a very powerful and differentiated biological tool that stands out in the market and in the field in terms of efficiency and versatility, as well as being suitable for organic farming and zero residue without special storage conditions.

Spain
Idai Nature has obtained a label extension in Mexico for its phytosanitary products Rador® and Naturdai Mim®
Follow
Source: Idai Nature
Click to bookmark and build your agrochemical knowledge base
Print
ForwardShare