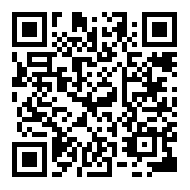 In the global herbicide market, the dominant herbicide glyphosate hit its 10-year high price, followed by the price new high of the world’s second-largest GMO-tolerant herbicide glufosinate in the past six years, with a price increase of nearly 50% since the beginning of the year.

Industry expert says, due to the impact of raw material price rise, the increased demand from downstream and the reduced production load, the price of glufosinate is expected to remain high.

There are two major glufosinate production processes: Strecker and Hoechst. The mainstream process adopted in China is Strecker, which uses triethyl phosphite and phosphorus trichloride as raw materials, with starting material being yellow phosphorus.

From raw material perspective, the price of raw materials such as yellow phosphorus has risen recently and the supply of intermediates has been constrained continuously, which back up the price rise of glufosinate.

In terms of the phosphate ore, its supply is in general rather short, being supplied mostly to regular customers. The downstream products of phosphate ore are well stocked, and transactions remain quite good, with a price rise of phosphate ore.

As regards to the supply and demand situation, the price of downstream phosphoric acid has risen, and transactions remain quite good, with a slight shortage of supply .

In general, there is confidence in market, which is backed up by upstream and downstream demand. It is expected that yellow phosphorus price may still rise, which will be a strong backup for the glufosinate market.

The herbicide paraquat has been banned in lots of countries due to its high toxicity to human and livestock. In China, the use and sale of paraquat was prohibited on July 1, 2016. In recent years, with its safety and efficacy advantages, glufosinate, together with glyphosate, is seizing the market space left over by paraquat, which has resulted in an increased market volume of glufosinate, having become the second largest herbicide variety. From 2016 to 2020, the burndown herbicide market pattern, which is based on glyphosate and glufosinate, began to take shape.

According to the statistics of Phillips McDougall, the market value of glufosinate has increased steadily in the past 10 years, having reached $1.05 billion in 2020.

Due to the continued price rise of glyphosate, for price reason, some terminal users in China began to use glufosinate as a substitute, which has led to the significant increase in the demand for glufosinate.

At present, among glufosinate manufacturers, Lier Chemical has the largest production capacity, which is 15,400 tons per year. Shandong Yisheng has a capacity of 6,000 tons and Yonon has a capacity of 5,000 tons.

Industry experts hold the view that since there has been no launch of new glufosinate capacity, the production load in factories is low, and stocks are at a historically low level, whilst overseas demand is increasing. As a result, the price of glufosinate is expected to still rise.

However, it is worthy of note that some Chinese local agrochemical enterprises have launched glufosinate project or have planned capacity extension. So far, the production capacity of glufosinate in China, as revealed in the environment impact assessment, has exceeded annually 96,500 tons, including 20,000 tons in Inner Mongolia Lingsheng and 13,000 tons in Sichuan Fuhua.